After an extensive period of mild weather conditions over almost entire Europe, the weather is expected to change bringing some wintry spells in eastern parts of our continent within the last ten days of October.

In particular, from 20/10/2018 and then an anticyclonic system will be developed over west-northwest Europe, which will lead to mostly dry weather conditions with foggy mornings especially in the UK and France. However, at the end of the month there is a possibility for some rain episodes here.

Simultaneously, consecutive weather systems from north Atlantic ocean will move toward Scandinavia affecting these places with rain, snow over hills/mountains and strong winds at times.

In west Mediterranean, we should expect unsettled conditions with rain/storm episodes, but also some sunny spells.

As we move towards the middle/end of this period, colder air masses will pass through Scandinavia reaching regions of eastern Europe and even Balkans affecting them with a short passage of rain and snow over lower grounds.

Finally, in eastern Mediterranean we should expect the weather to gradually change into an autumn pattern with cloudy weather and rainfalls at times. Snowfalls may occur over mountains. Although the possibilities are low, these regions may be affected by more than one systems with rain, which may be heavy at places.

You can keep yourself informed for the latest weather news or even share your weather experience on our group on facebook, but also on our channel on youtube.

The present article describes the general trend of the weather as it is illustrated by the global weather models and it is not a forecast. The weather may significantly differ at places. 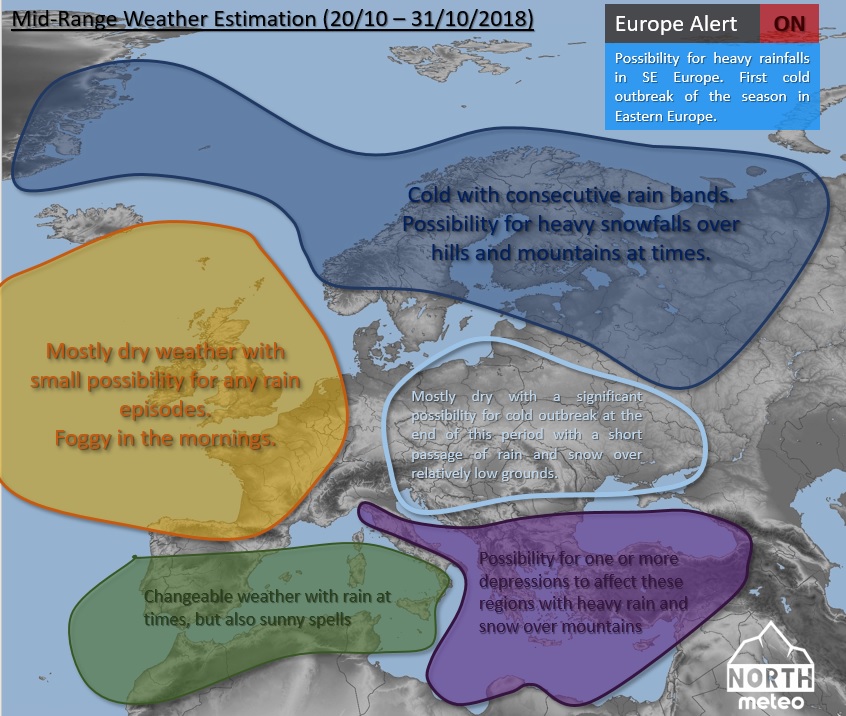