This is a first estimation (by the nortmeteo.gr group) of what we should expect around 11-13/12/2016 and then in Europe.
Significant redistribution of the air masses in Europe is going to take place in the middle of the current month (and especially between 11-13/12/2016). Weather seems to get fairly wintry in eastern Europe, while western parts (of Europe) will be “well-protected” by the Azores ridge from any significant weather activity.
In particular, Azores ridge will possibly move northwards, as it is going to be pussed by the atlantic trough (and actually the jet stream over the Atlantic). This ridge movement will make polar air masses move southwards affecting the weather of eastern Europe with wintry conditions, low temperatures and snow. Snowfalls should be mainly expected in eastern Mediterranean (especially parts of Greece and Turkey), maybe in a severe way. In contrast, weather in west and central Europe will not particularly change as it is mentioned above. The possibility of the circulation depicted in the attached map is ~60%. 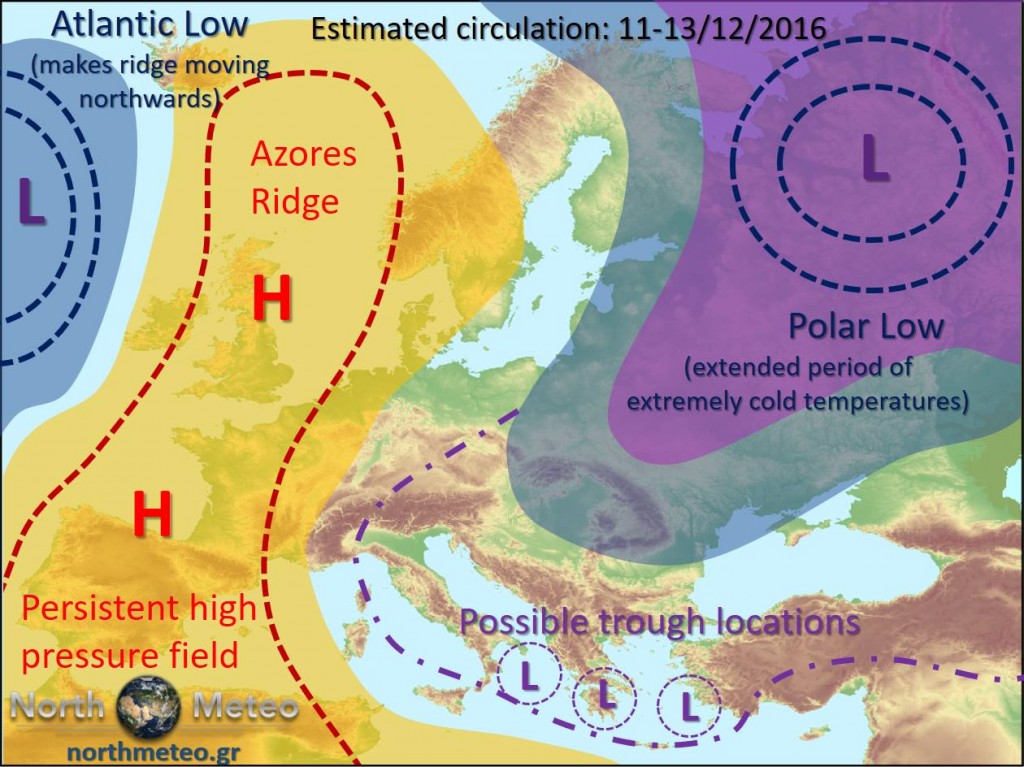