Blog - Latest News
You are here: Home / Αναλύσεις & Εκτιμήσεις / Average circulation for the rest of December

This is an update of the AVERAGE estimated circulation for the rest of the current month in Europe. It seems that there is an obsession of the Azores anticyclone to stay over the same location for long periods. Similarly to our previous statement, this anticyclone is going to stay over the western and central Europe keeping away any weather activity. Atlantic lows will stay also away from Europe moving around the anticyclone. Extremely cold conditions during a long period of time are expected over Russia (after many years). As a result, consecutive cold outbreaks will take place in eastern parts of Europe (with some occasional snowfalls here), but mainly in western Asia. Heavy snowfalls are expected around Black Sea and northern Turkey.

As a conclusion, we should not expect any extreme weather in (the largest part of) Europe in the pre-Christmas period. We should state though that numerical models are fairly unstable during this period. Thus, we are going to update the estimation if there are any significant changes. 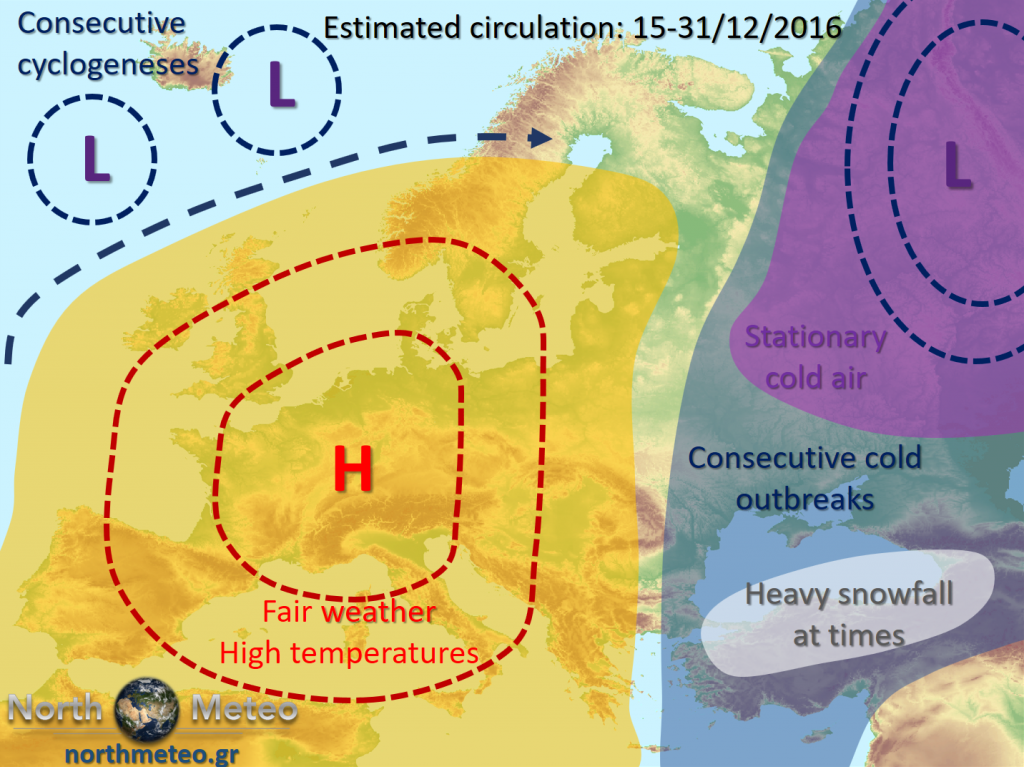