Synoptic analysis of the circulation: In contrast with what the models predicted last week, eventually colder air masses is expected to move and affect once again the western and maybe centrlal parts parts of Europe. This will occur due to the location of the Azores anticyclone, which will remain further to the west over the Atlantic making colder air masses, from the cold sectors of the north Atlantic systems and/or the accumulated cold (due to the Scandinavian anticyclone), move southwards through the UK, affecting finally even places in Morocco. This cold air mass will cause cyclogenesis conditions over Iberia and south France. Such systems are expected to be moving northeastwards (to north Italy, central-northeast Europe) being guided by the movements of the Azores anticyclone and the subtropical jet-stream at the east Mediterranean.

Expected weather conditions: The weather will gradually be colder at the west parts of Europe with snowfalls firstly in the UK and then France, parts of Germany and Spain even on mid-lower level ground regions. Snowfalls can potentially occur even over high-mid levels in Morocco. At the end of this period, wintry weather will affect parts of north Italy, Switzerland, Austria and parts of northeast Europe and north Balkans. In contrast, from the axis central Italy-Skopje-Bulgaria and south warm air masses will preserve mild weather conditions with southerlies, rain at times and some snow over mountains. At these latter regions, African dust advection is favorable. 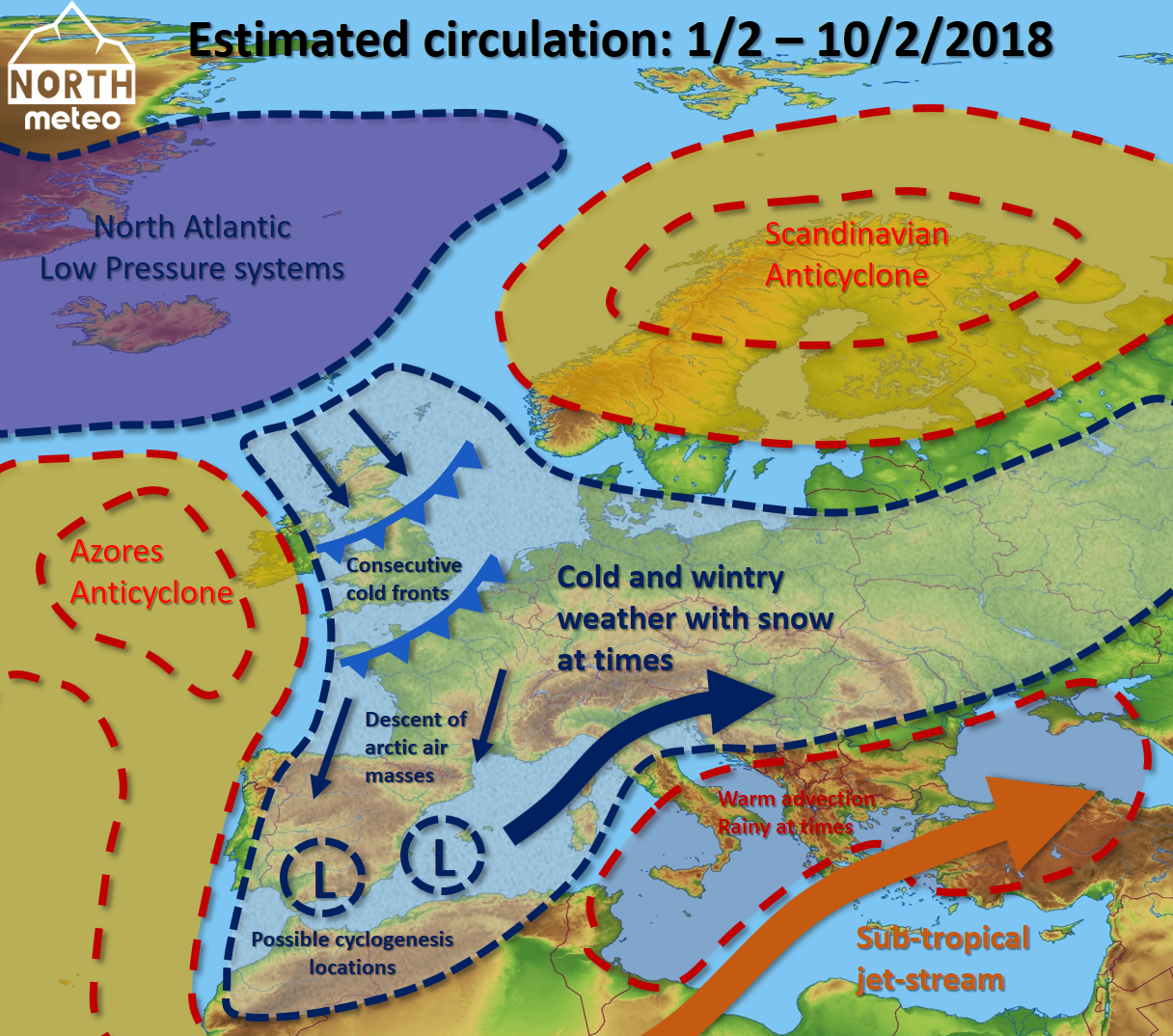