Starting before Christmas, the atmospheric circulation has changed over Europe with the coldest conditions being located over Balkans at the moment. Bu t what about next?

Analyzing the situation, we try to find clues in order to get an idea of the weather that we should expect for the next fortnight.

The first and very important hint is the expected position of the Azores anticyclone, which is the main system that manages and distributes the cold air over Europe. Having a look at figure 1 we can realize that most of western Europe is highly likely to be under anticyclonic conditions for a prolonged period and only the very north countries (e.g. Scandinavia) will be affected by some cyclonic systems. As a mater of fact, the predicted surface atmospheric pressure for the next fortnight is around 1020 to 1030mb, a forecast that is supported by most of GFS prognostic members, but also by most of ECMWF ones (see graphs for Iberia, Central France, South UK και Norway).

The only unclear point is how north the anticyclone will move. This can be seen in the ensembles of the UK and Norway. The position of the anticyclone is crucial if we want to make a prediction of the exact regions that will be affected by one or more consecutive cold outbreaks in eastern Europe. These cold outbreaks will reach fairly south countries as Balkans and even Greece till at least 13/1/2020.

In the meanwhile, NAO and AO indices seem to drop to slightly negative values highlighting the possibility for weakening any systems in north Atlantic ocean and the southern movement of cold air masses (figure 2). 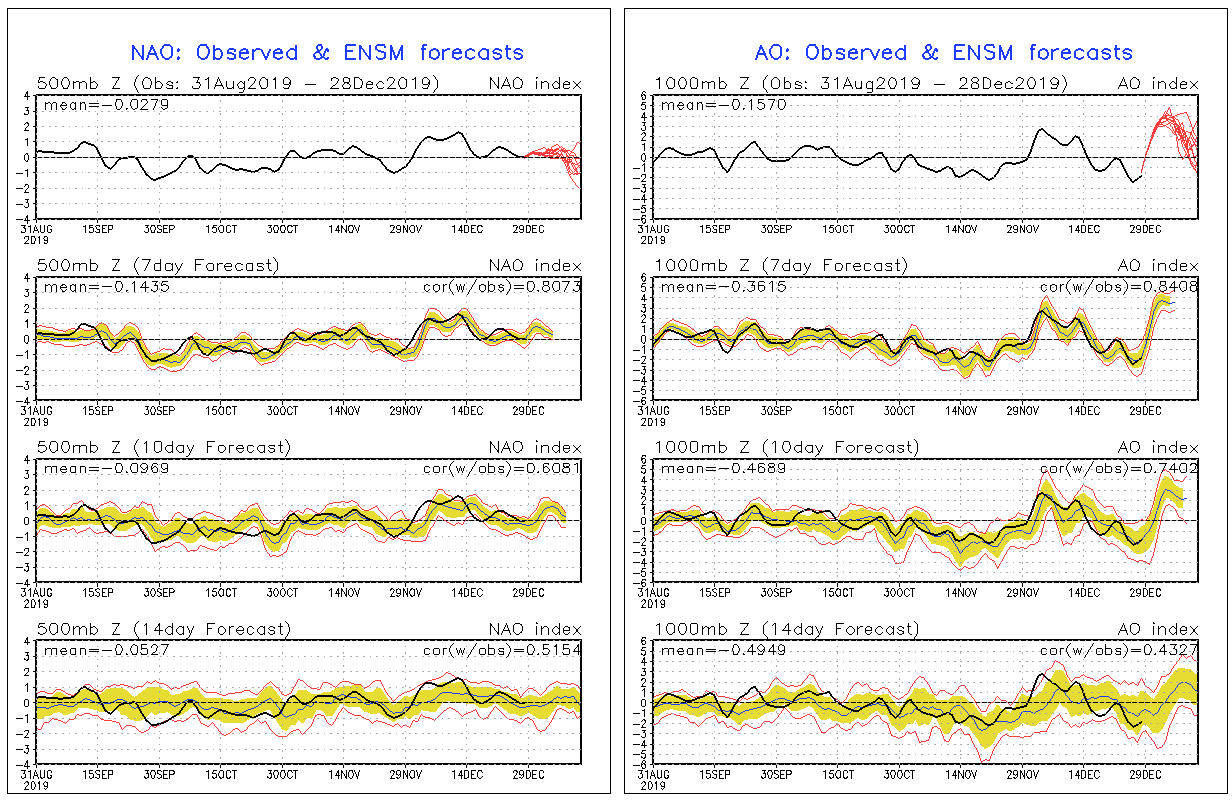 Finally, in figure 3 a new stratospheric heating is expected in Siberia and eastern Europe, which means that the cold air masses that were established and developed there will released and move southwards to eastern Europe. This is definitely another clue we should take into account. 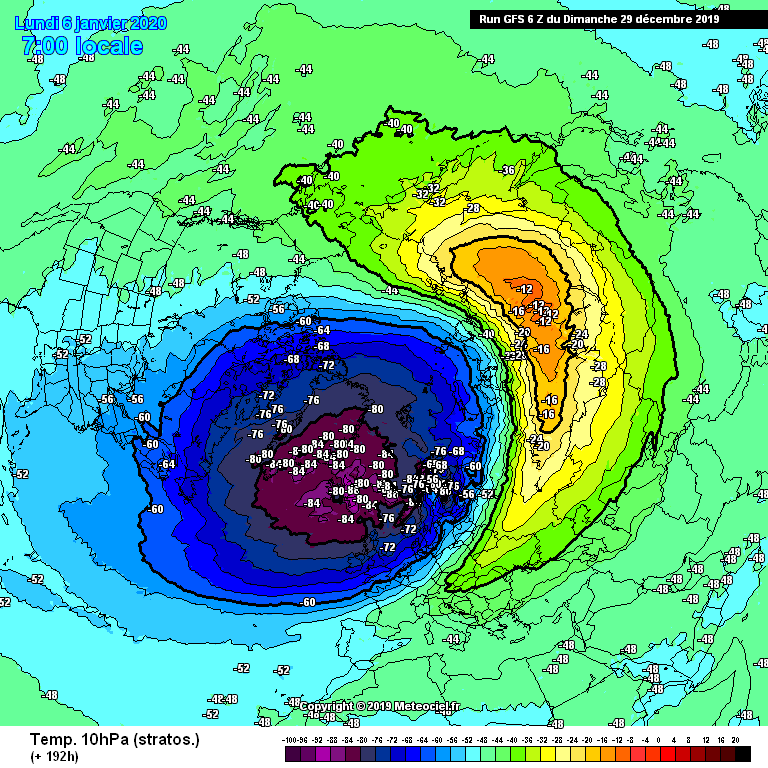 So, concluding for the first fifteen days of January we should expect a quite mild weather in most of western and central Europe. However, cold weather and snow may visit eastern Europe from Italy and to the east and from eastern Scandinavia to Greece.