Blog - Latest News
You are here: Home / Ειδήσεις / Increased chances for snow showers in parts of the UK on Tuesday-Wednesday...

Winter is back in the UK this week. An extensive low pressure system in northeast Atlantic is present and it seems to be able to convey some cold air from the Arctic zone. As a result consecutive frontal bands will change the weather over the UK. In this article we focus on the weather on Tuesday-Wednesday (16-17/1), which is going to be colder with increased chances for snow in some low ground regions especially in central and north parts. 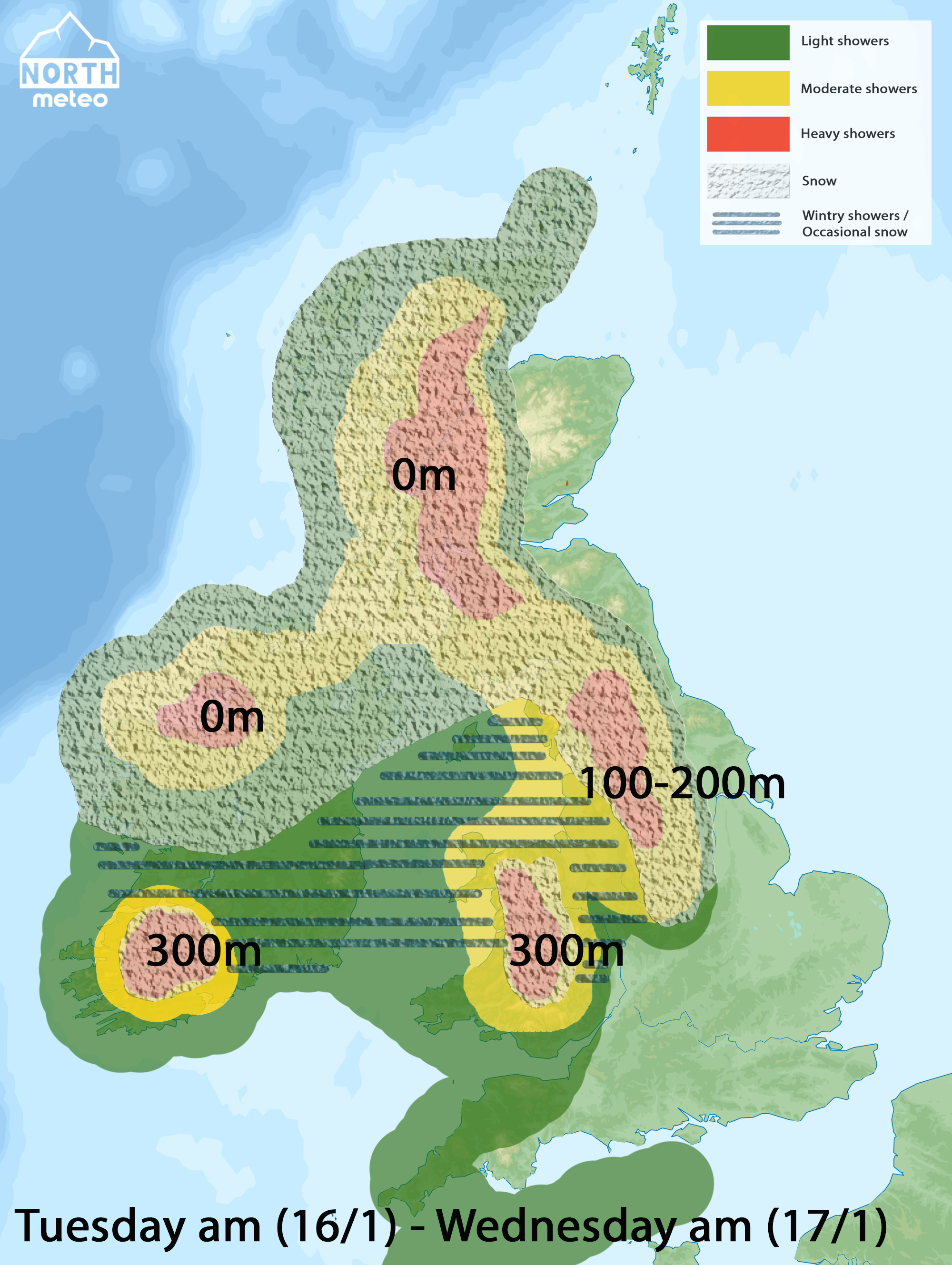 In particular, regions on 0m altitude in west Scotland and northern Ireland are highly likely to get some snow from tomorrow afternoon and then. Low ground regions in north-west will also get wintry or snow showers especially between Tuesday night and Wednesday morning. Even the city of Manchester could get some occasional accumulation of 1-2cm of snow. In Wales and south Ireland snow will fall on altitudes >300m, but wintry showers are still possible on 0m level regions. It should be noted that, in general, we should expect on-off phenomena or phenomena with increasing and decreasing rate, thus mostly showers and not constant precipitation for long hours. Temperature will drop to maximum of 2-4°C in the aforementioned regions. The weather will remain fairly dry in the rest of the country with a small possibility for some wintry of rain showers. The highest temperatures will be observed at south (6-7°C).

Here you can monitor the weather in UK: