This autumn is characterised by a very rainy beginning for the northwest of Europe and a dry one of southern regions. Is it going to change? So so… Let’s have a detailed look!

The synoptic conditions: The Azores anticyclone presents a trend to move northwards pushing some cold air southwards to the southeast of Europe. Depending on the movement of this anticyclone, this cold air mass may reach the Adriatic sea causing cyclogenesis. The possible low pressure system will affect southeast Europe with heavy rain and some snow over mount tops.

The UK: It will remain unstable with periods of heavy rain and strong winds especially in the central and north regions, but also some dry spells. The temperature will remain around average.

Scandinavia: It will turn into rainy with strong winds over the southern regions. In the north it will be a bit drier with some rain at times and possibilities for snow over hills and mountains. The temperature will drop significantly especially in the central and northern parts.

Iberia: No rain at all. Mild in the northern, with some heat air pushing from the south. Hotter in the south with an episode of heat wave.

The central Europe: A transitional zone of unsettled weather at the beginning with some rainfalls and some snow over eastern mountains. It will turn into drier for the rest of this region except for German and northeast of this region (countries close to Russia) with some rain episodes. Significant snow may occur over the Alps. West Italy is included in this zone.

The southeast corner: If the cyclogenesis we talked about takes place, the weather will significantly change with heavy rain in the west coast of Balkans and the southern places. Snow may be observed over northern mountain tops. The rest of Balkans will be affected by rain too, however this storm will focus on the places noted before. East Italy may be included. 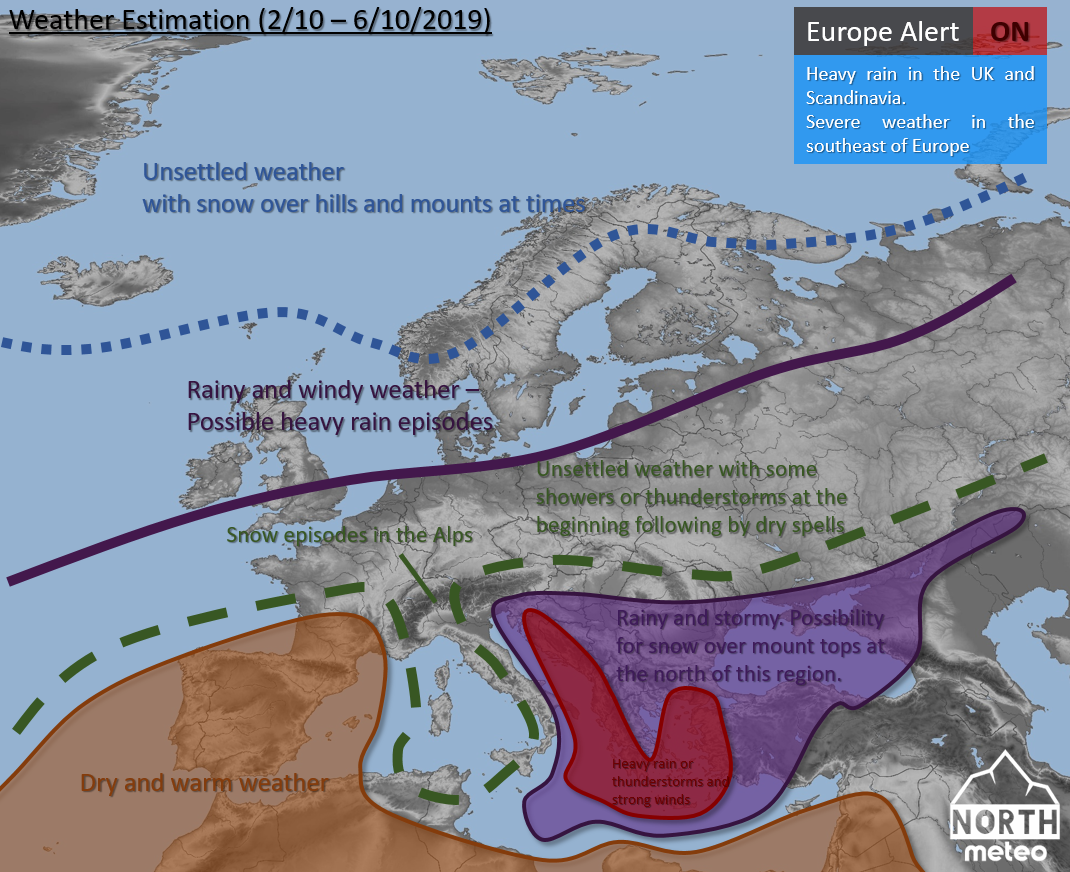