Today (21/01/2018)it snowed in many areas in the UK. A warm front that faces cold air masses over the UK is one of the typical mechanisms that can cause snow in the British Isles. In the following chart, the warm front that moved eastwards affecting the UK is depicted:

Here it is how our temperature charts depicted the warm front: 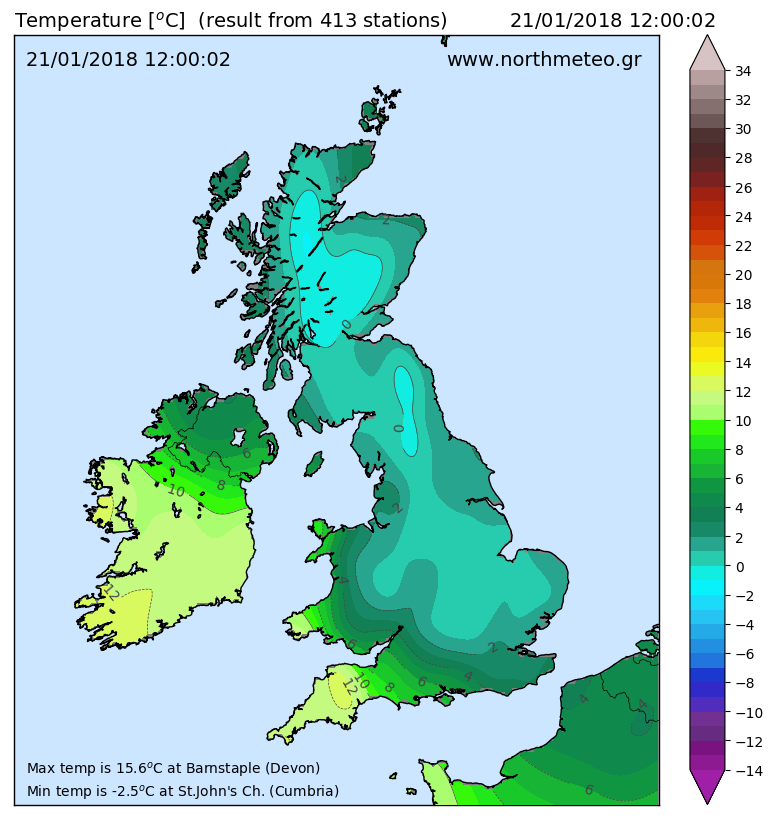 Another representation of the warm front is the surface wind field. It is impressive how the wind direction changes on the frontal boundary: 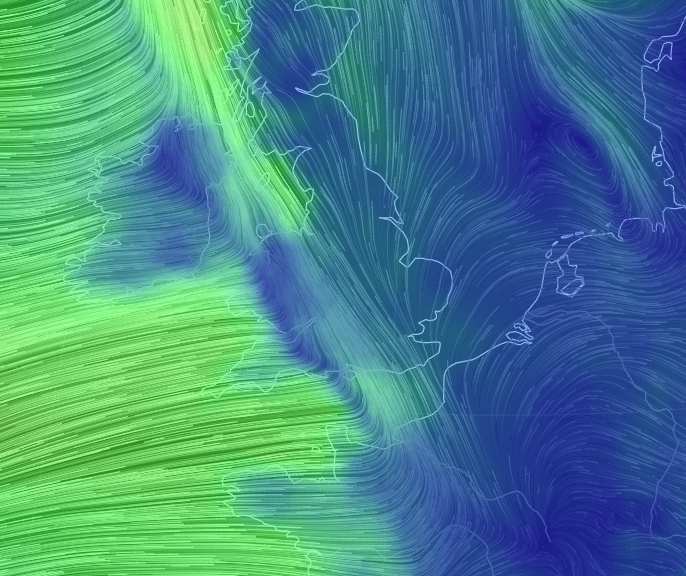 The next three charts show the temperature at 850mb, the 0°C isoline and the wet bulb 0°C isoline height during the snow event demonstrating the intense differences between the two different air asses separated by the warm front. Although the temperature was slightly negative (only -1°C) over London, the cold air that was trapped at the surface provided ideal regime for snowfall:

This is the radar image (from www.netweather.tv) showing estimated rain rate during the snowfall in London (see photos and videos here): 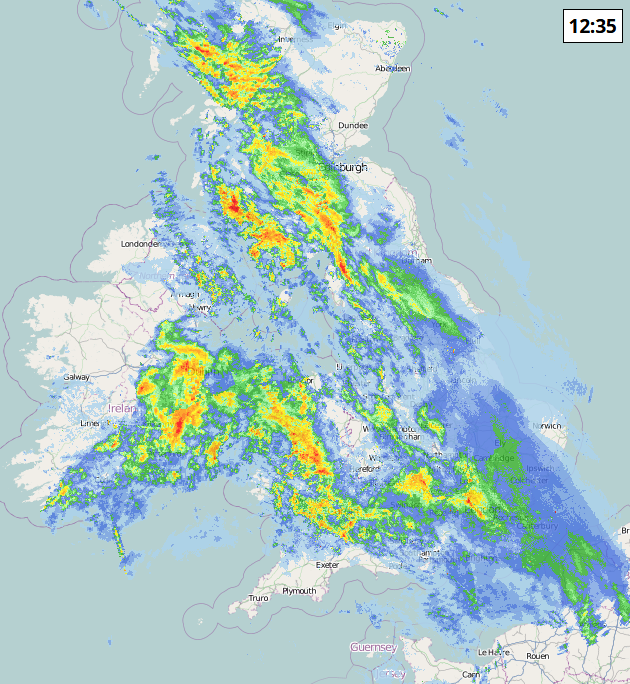 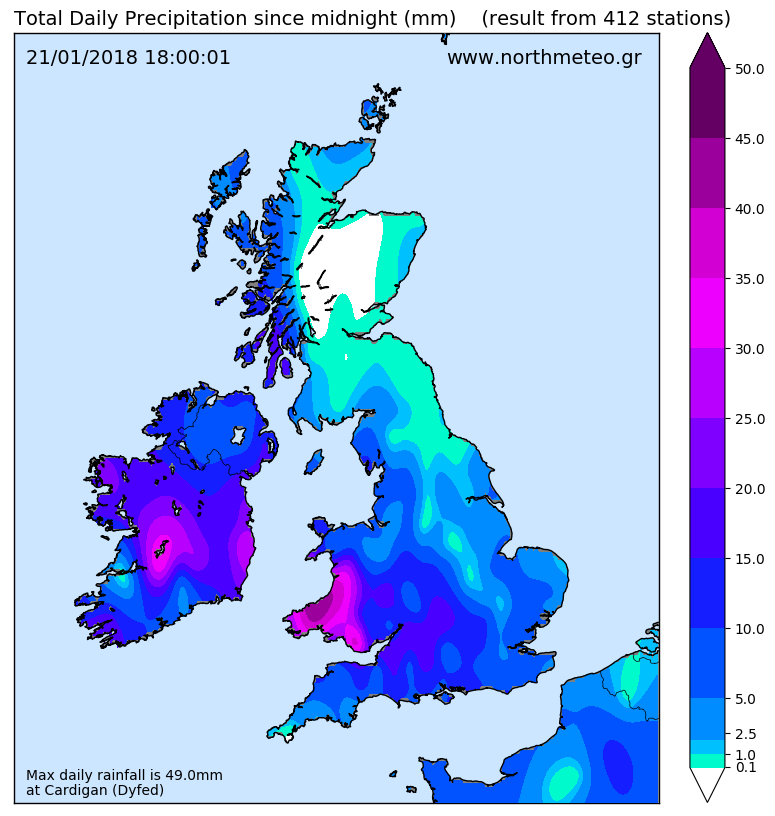