You are here: Home / WEATHER OVERVIEW 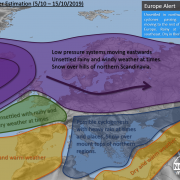 After a quite warm beginning of this autumn (excepting the northwest), most of Europe now is moving into a mild and rainy period.

The high pressure field is being preserved over the Iberia. As a result, cyclonic systems are locating in north Atlantic ocean affecting mostly the northwest with rain and strong winds at times. These systems will tend to move eastwards affecting Scandinavia and the rest of northern Europe with some rain at times and snow for th north mountains and hills of Scandinavia. The weather in southern UK and central-north France will be unsettled with rainy periods and dry spells.

As Azores anticyclone will be still in Iberia, colder air will be pushed to the southeast, which may cause one or more cyclogeneses downwind the Alps. This will result in rainy weather over Italy, Balkans and regions of Turkey with the most severe phenomena being located in south Italy, western Balkans and western Turkey/eastern Aegean. 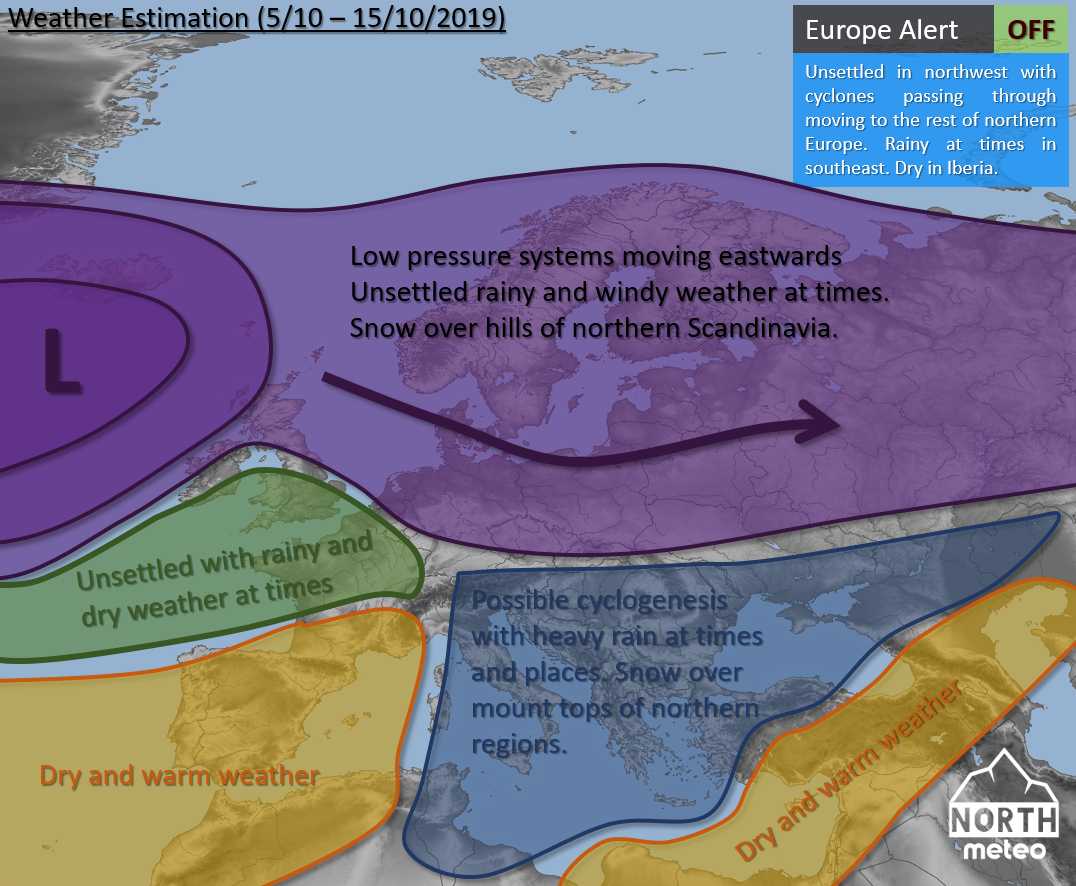 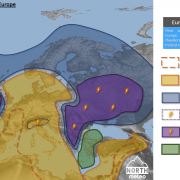 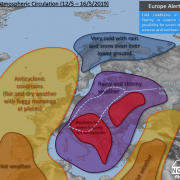 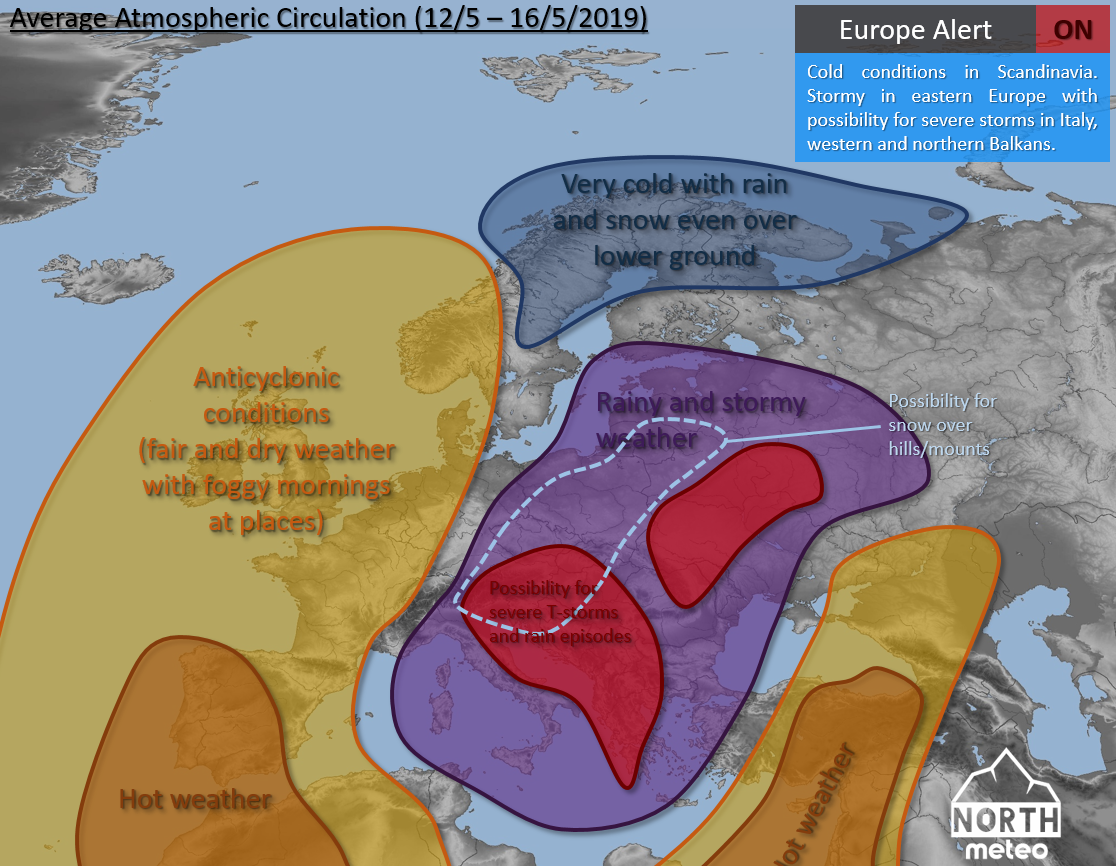 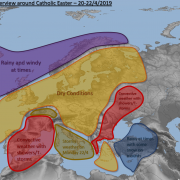 Stormy weather for southern, slightly cold at south east, mostly dry in the north. This is an overview of the weather in Europe around the Catholic Easter (20-22/4/2019).

The driest conditions should be expected in central-southern UK, around North Sea, southern Scandinavia and central-northeaster Europe with temperatures up to 17-20°C. Dry weather in the Aegean Sea, a bit cloudy (chances for short/light showers) in northern Crete on Saturday (20/4/2019) with temperatures between 14-17°C.

The weather will be normally rainy and windy at times in Scotland, northern Ireland, Iceland and northern Scandinavia, with a possibility for some snow over mounts of the very north of Scandinavia. The temperature will not exceed 10-12°C.

Convective weather will dominate in Iberia, southern France and eastern-southern Balkans with thunderstorms or showers mainly in the afternoon. However, on Monday storms will expand over Italy and Adriatic, where rainy/stormy conditions will occur. The temperature ~15-20°C.

The weather will be colder in Turkey and Cyprus and the rest of southeastern Mediterranean Sea with rain and snow over mounts. The temperature around 8°C in Turkey, not higher than 15-17°C in southern. 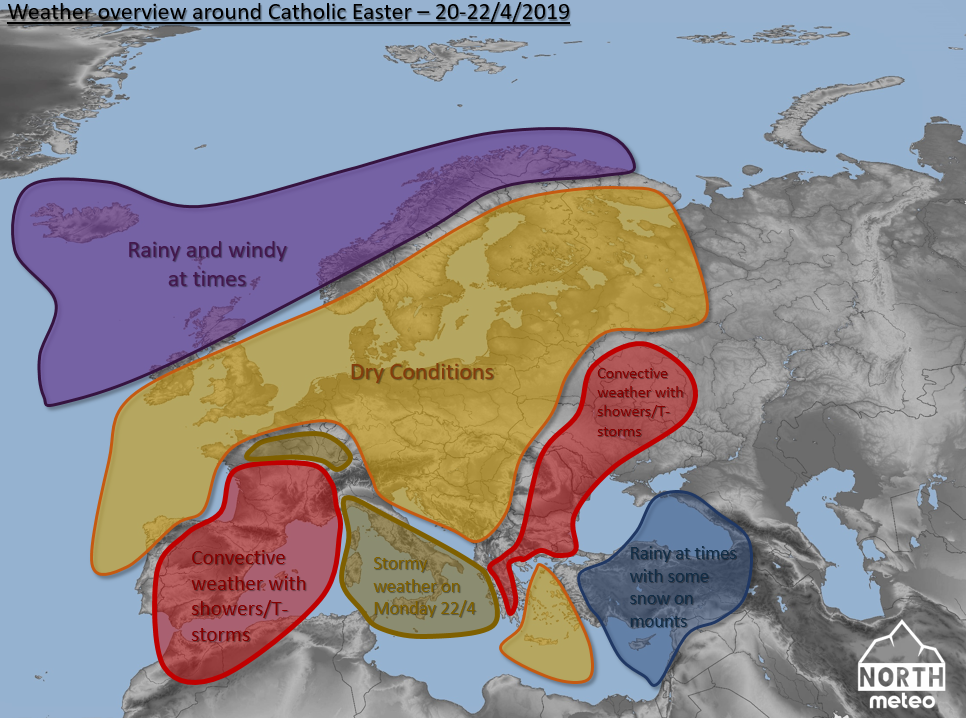