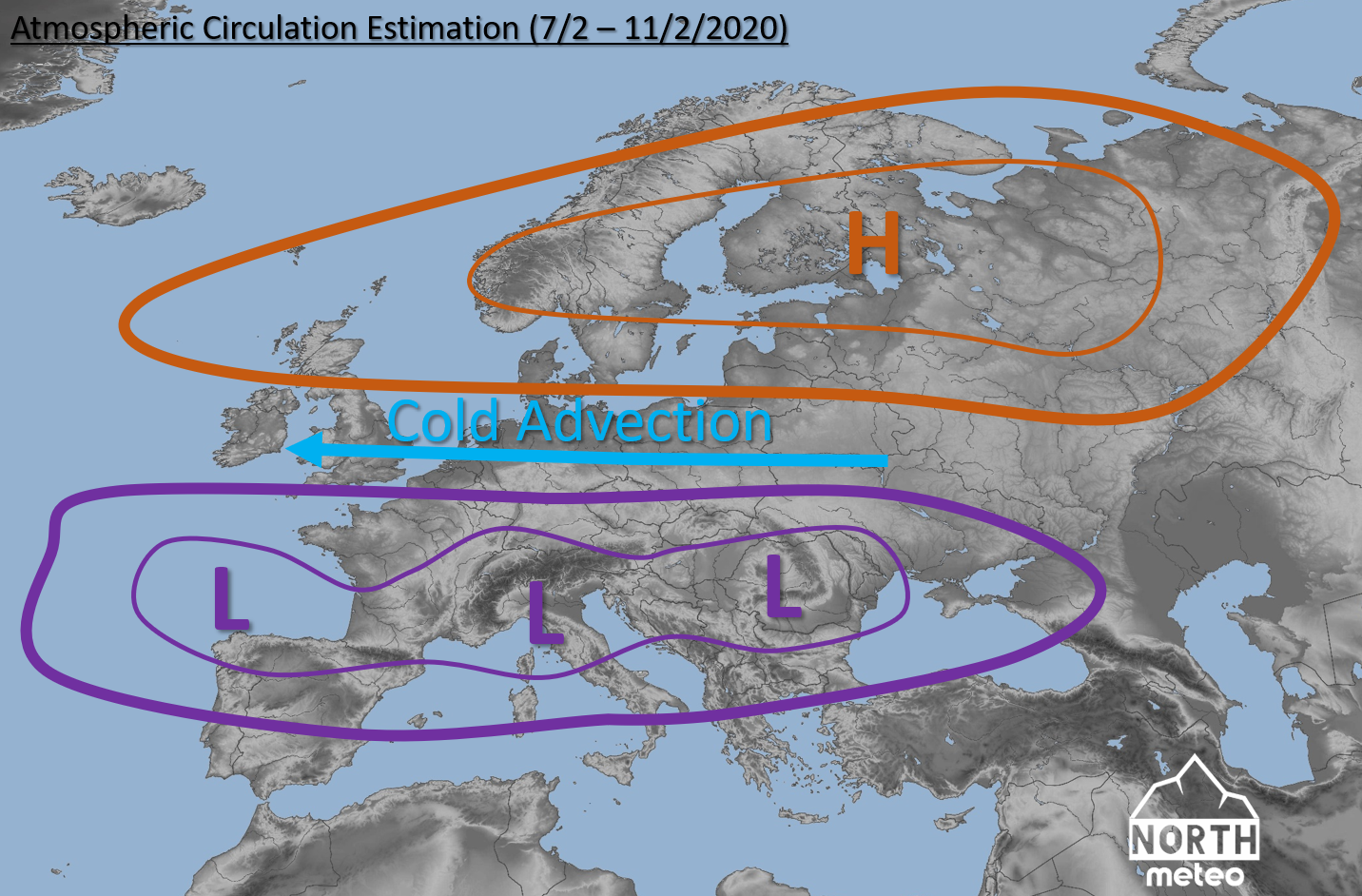 Three years later, beast from the east is coming again in the UK. How long is gonna stay? What is next? How the weather of Europe will be affected?

You are always very welcome to our northmeteo EU group on facebook!

Summing up this winter weather so far

This winter may be characterised by the absence of intense anticyclonic fields over Europe, extensive low pressure systems from the Atlantic and in average mild weather over the major part of Europe. Although there was a fairly short period of cold spells and snowfalls from north to the south in January, snow and low temperatures were mainly observed in limited higher ground areas.

The beast from the east

So, as cold air will start spreading out gradually from tomorrow (6/2/2021) over Siberia and Scandinavia, a shallow field of anticyclonic pressure will form over such regions preventing the low pressure systems over the Atlantic to move along a very northern track towards Europe. Thus, a field of strong easterlies will be established over the North Sea, which will be moisturised and will bring severe snowfalls along the east coast of the UK the period 7-11/2/2021.

The formation of a family of low pressure systems over the Atlantic moving towards Europe seems to be preserved till 11/2/2021. Then, there are hints showing that the depressions over the Atlantic will obtain a fairly meridional shape and orientation pushing the Azores anticyclone to move northwards, pushing then the significantly cold air masses from eastern Europe to move to the south. This means that the weather over the western Europe should gradually be settled with dry spells, and the winter comes back to the eastern parts of Europe and the Mediterranean Sea. However, it is a question how east or west, this anticyclone will “decide” to move to the north. This certainly affects the way and the regions that will face a severe aspect of winter. 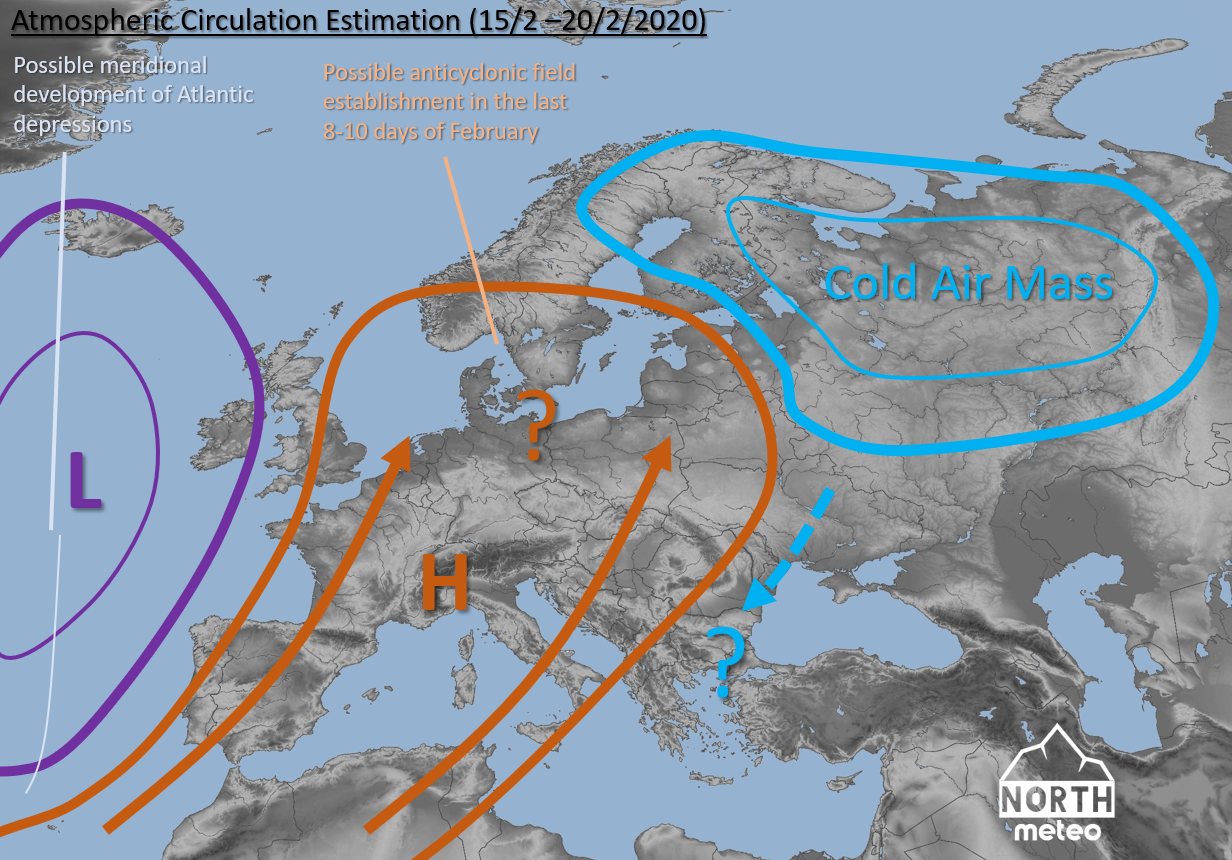 The winter is coming back firstly in the northwest of Europe and the UK with quite cold conditions and snow. However, for the rest of the month it seems that anticyclonic conditions will be established gradually over central/north Europe. This will lead to wintry weather in the south and east and dry weather over the central/northern Europe.

You are always very welcome to our northmeteo EU group on facebook!