Some lucky guys this morning saw some snowflakes falling from London skies for a while. Our weathercam in South Kensington captured the event only for you: 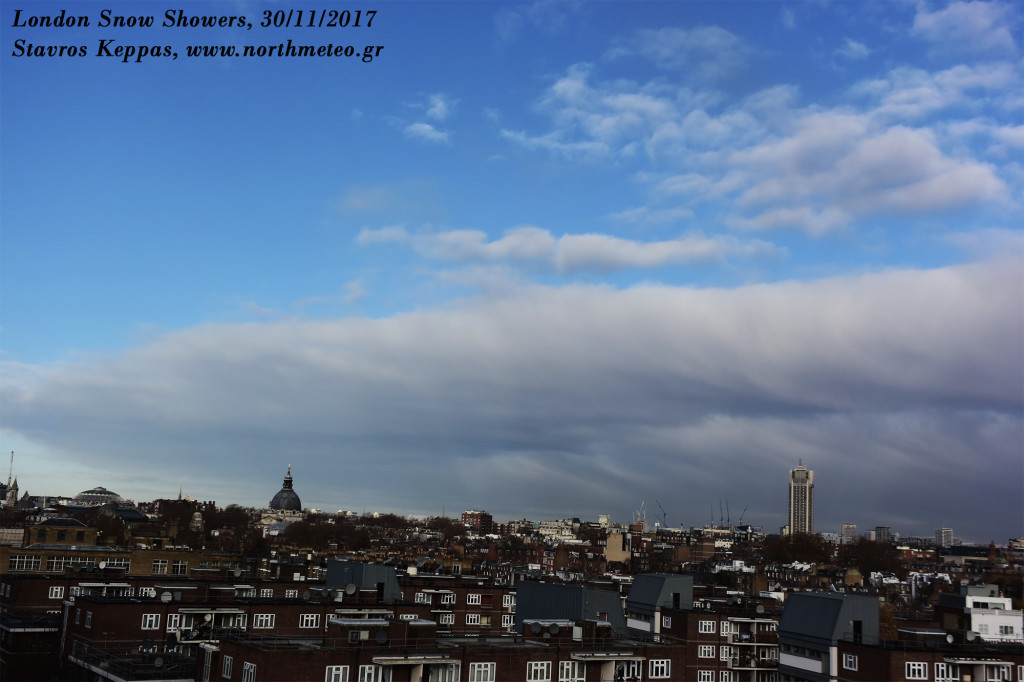 In the radar image, the small snow band that affected London in the morning can be seen: 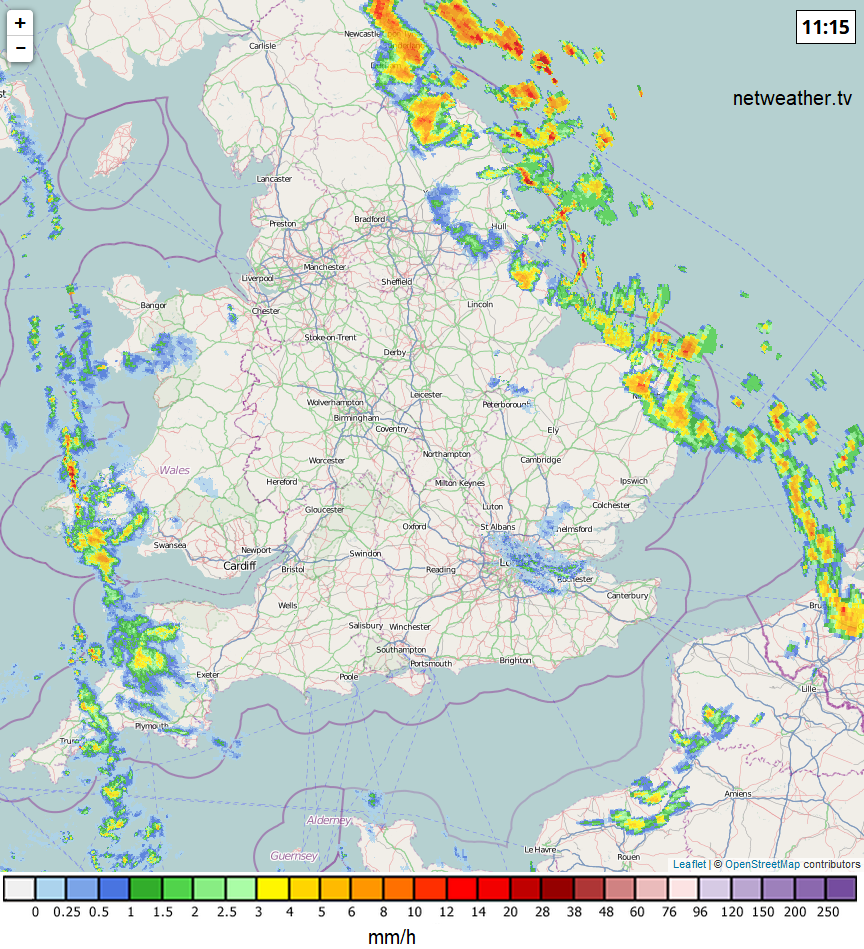 Some wintry showers also occurred during the night. An impressive one in the picture below, where snowflakes reflect Hyde Park’s Christmas lights: 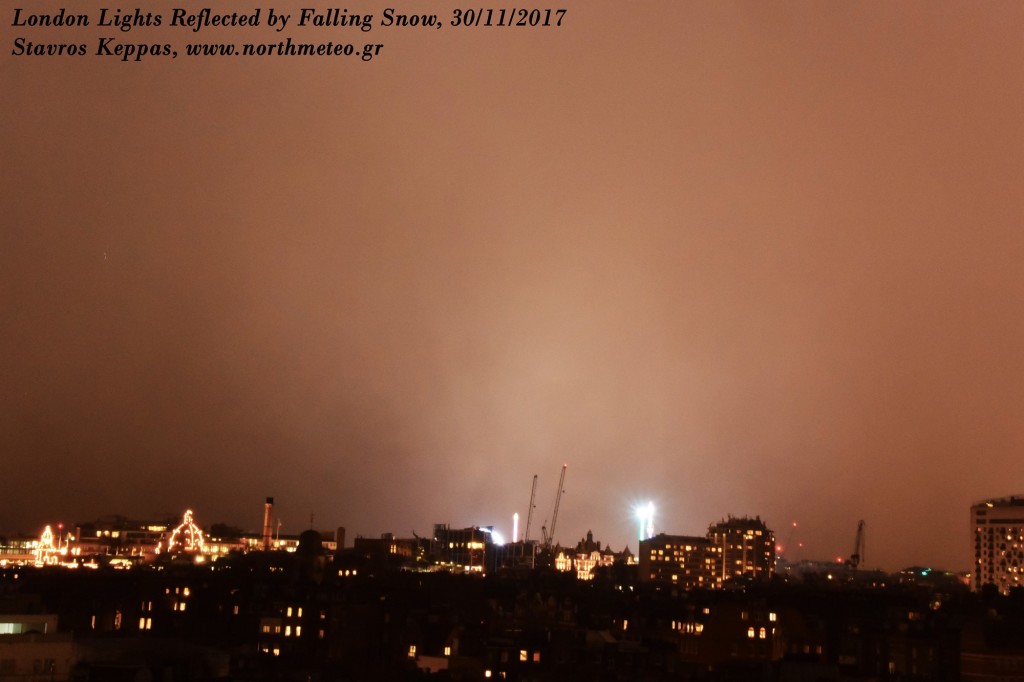 As a result of the easterlies, the highest amounts of precipitation were observed on the east coast: 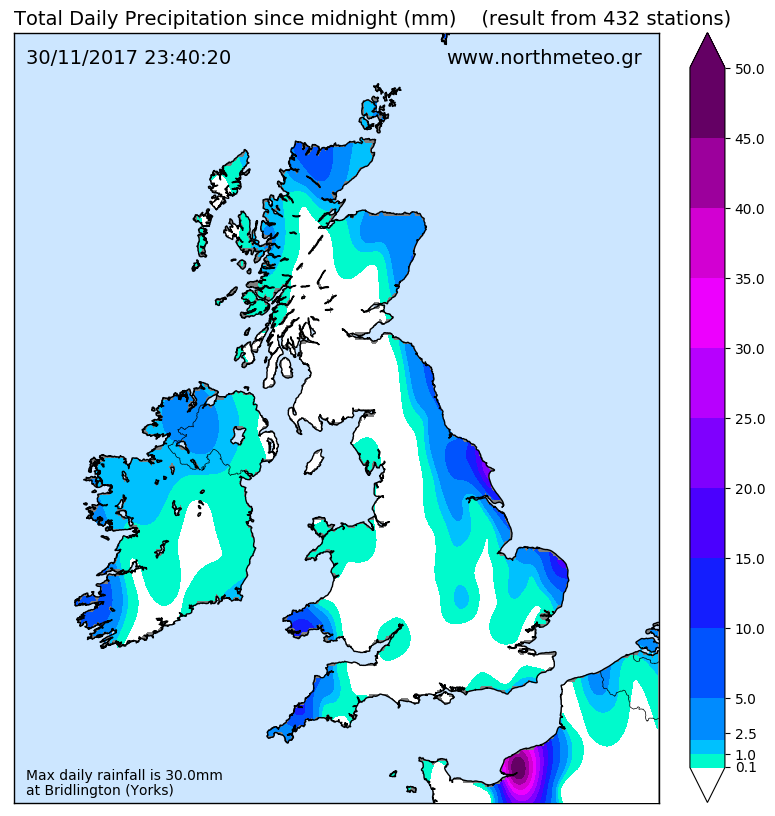