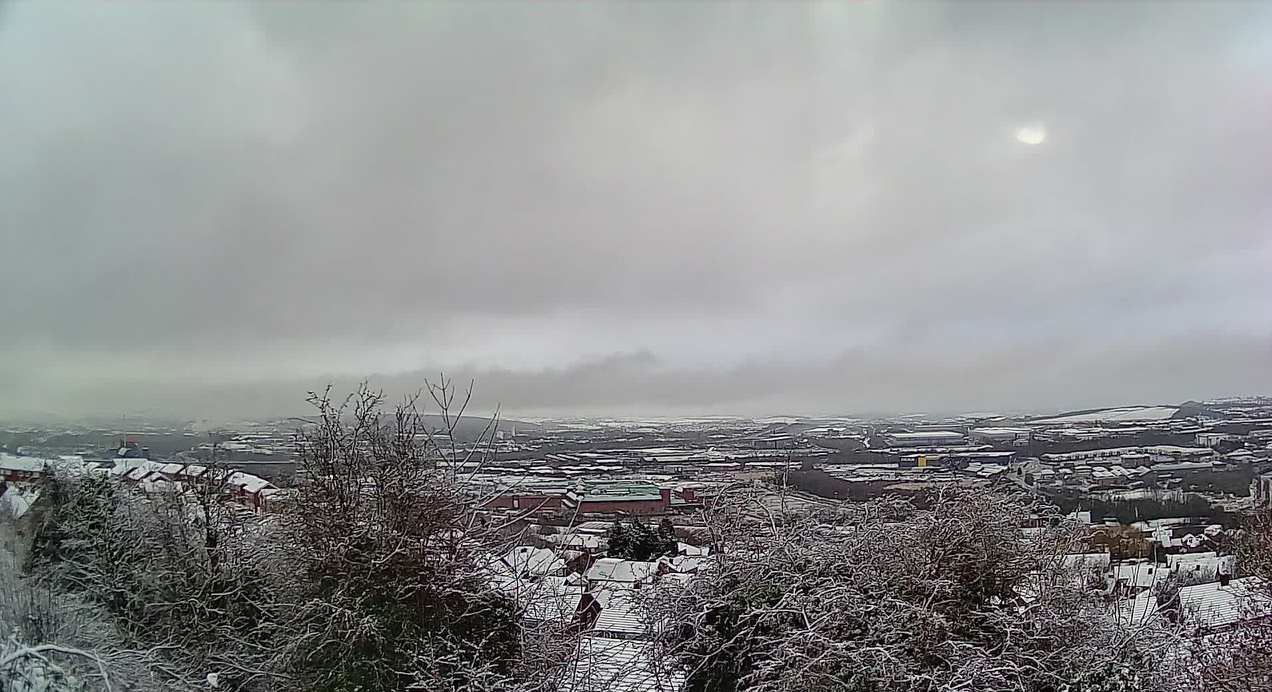 A short passage of a snow-band scanning north England from east to west turned many places into white this morning (29/12/2020).

The short passage of snow lasted about 2-3 hours this morning (29/12/2020) scanning areas of noth England from east to west. Snow occurred even in large urban areas.

The temperatures this morning over the north of England dropped at 0-2°C. As a result, a short amtospheric depression caused heavy snowfalls at places. The following maps show the temperatures at 10am and precipitation estimated by the radar network at 9am (local time). It should be noted that Manchester is a great illustration of the urban heat island effect. In particular, during snow episodes over the wider area the temperature is usually increased in the urban area enclosed by the Mancunian Way, where the snow height is almost always much less than around. It should be highlighted that the areas around Manchester are of a similar elevation to the city. In the following temperature map, Manchester seems to be warmer than its surroundings by 1-2°C. 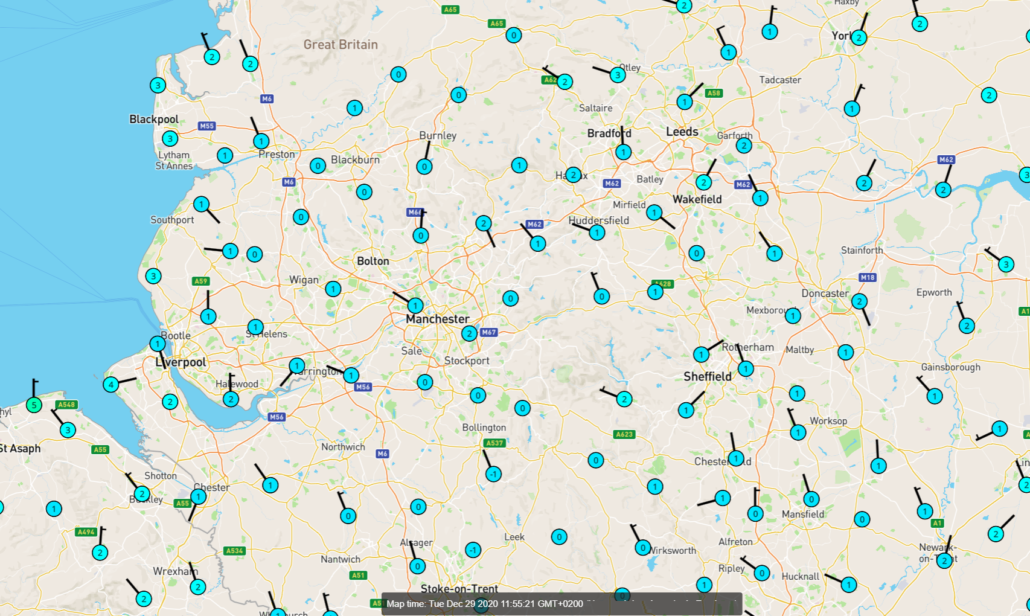 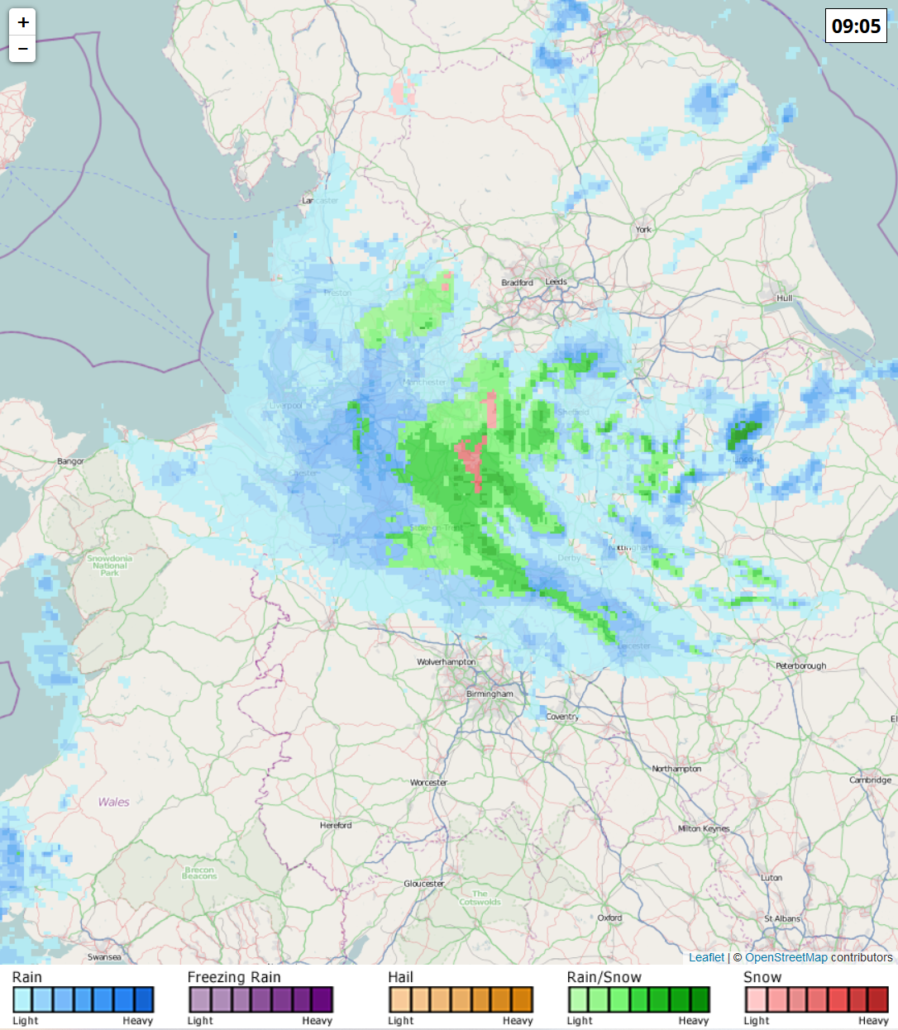 The University of Manchester recorded slightly negative temperatures this morning at the edges of the urban area, while within it the thermometres didn’t show less than 0°C. The snowfalls occured together with temperatures slighly higher than 0°C in the city. 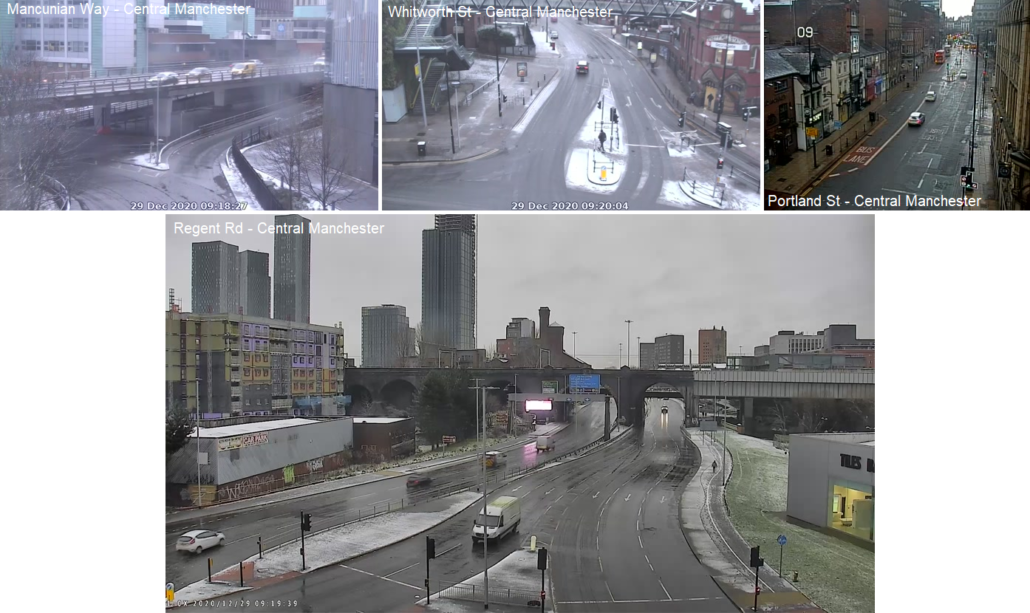 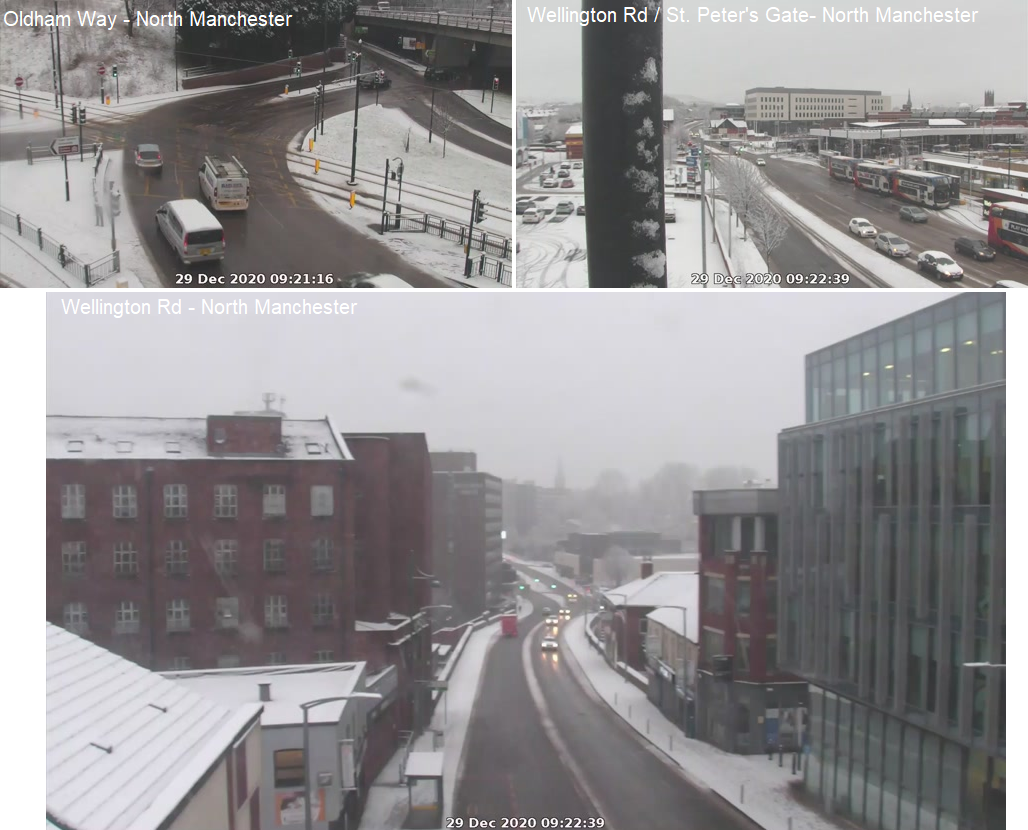 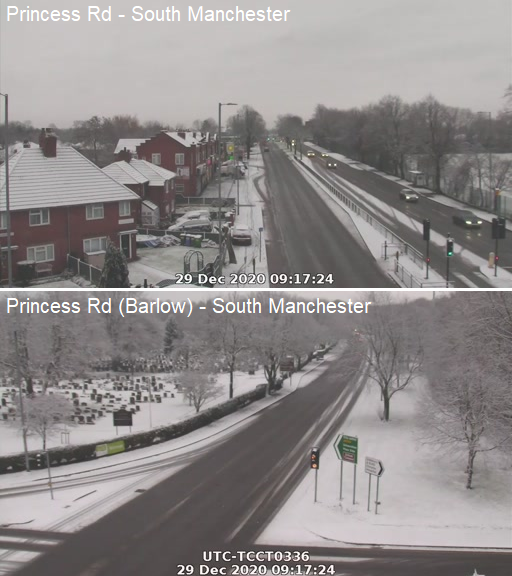 The next photo was taken by Julie Wright from Stoke-on-Trend, which is located further to the south of Manchester: 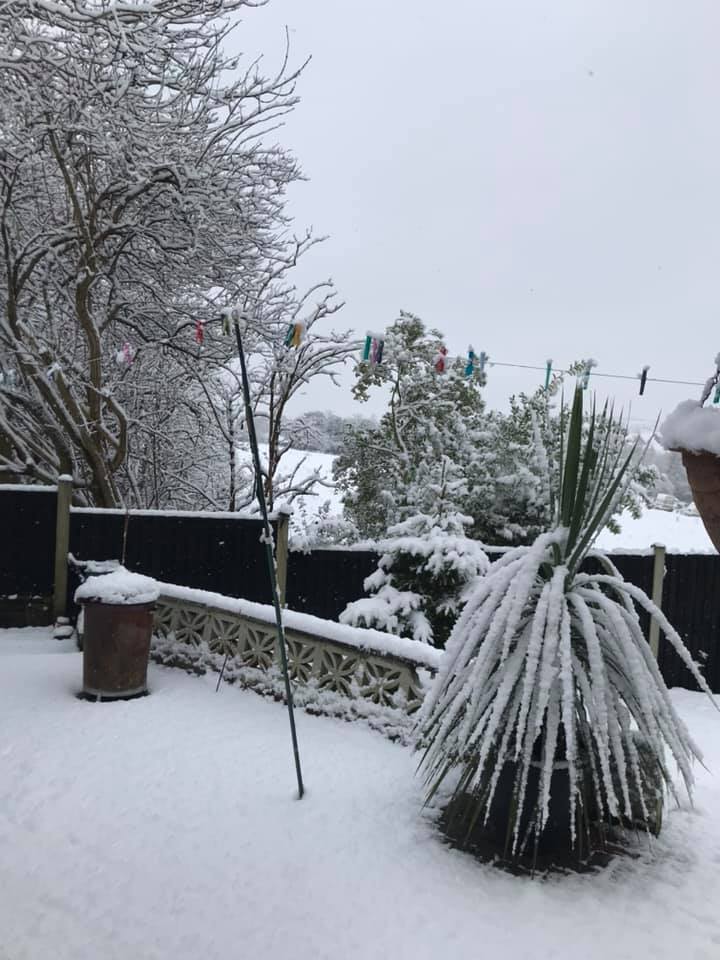 Having a look at region further to the east, we may notice larger amounts of snow due to the orography (the Pennines). The photos come from webcamgalore.com. 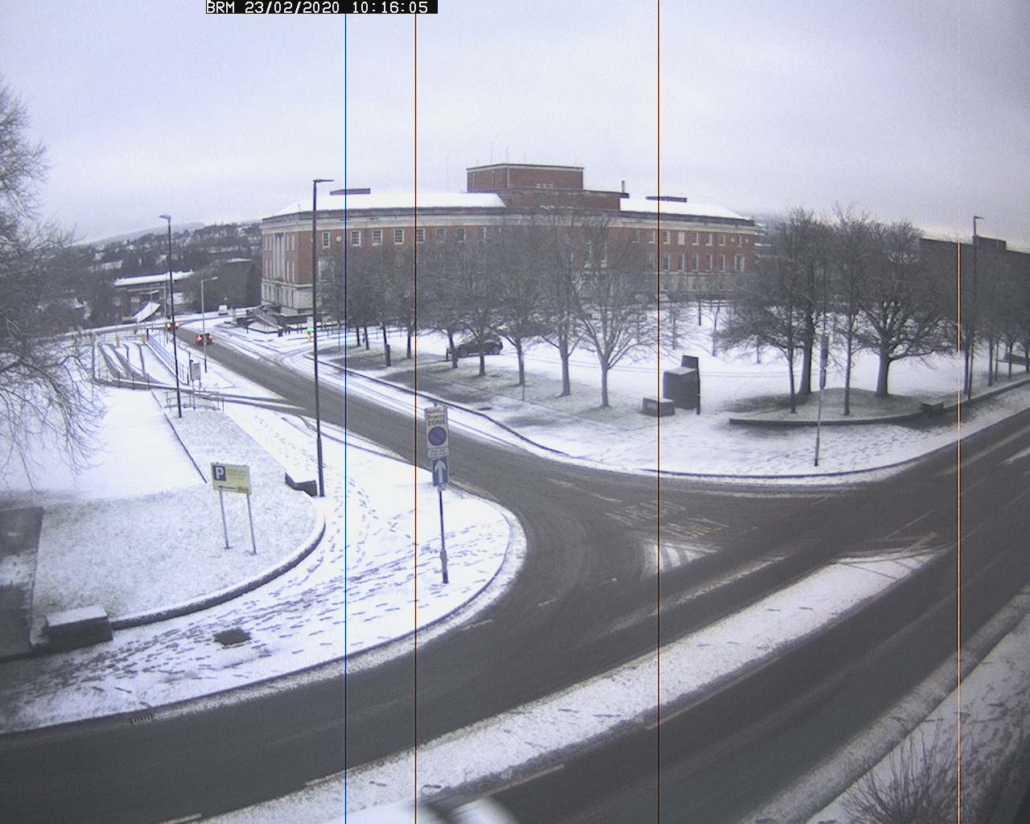 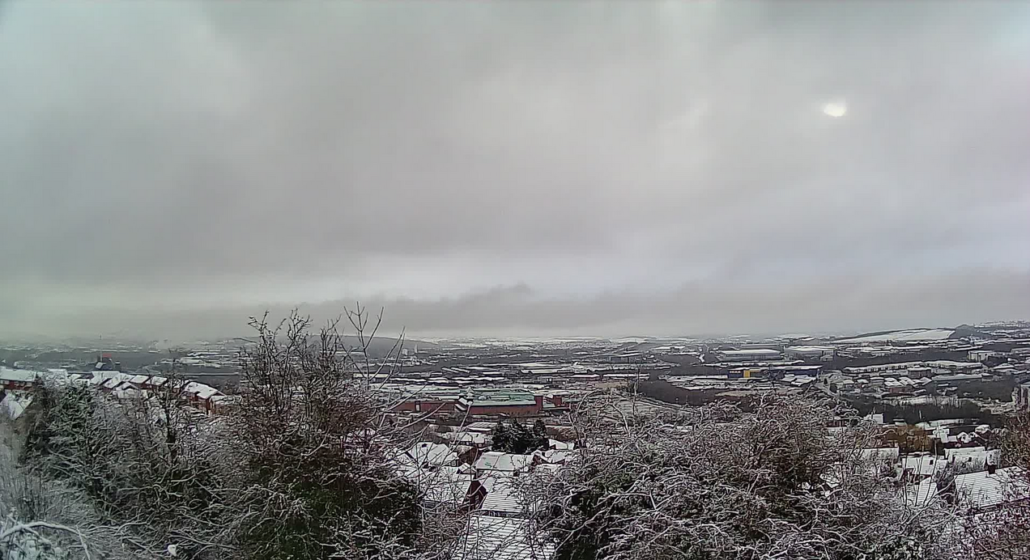 Panoramic view of the city of Leeds: 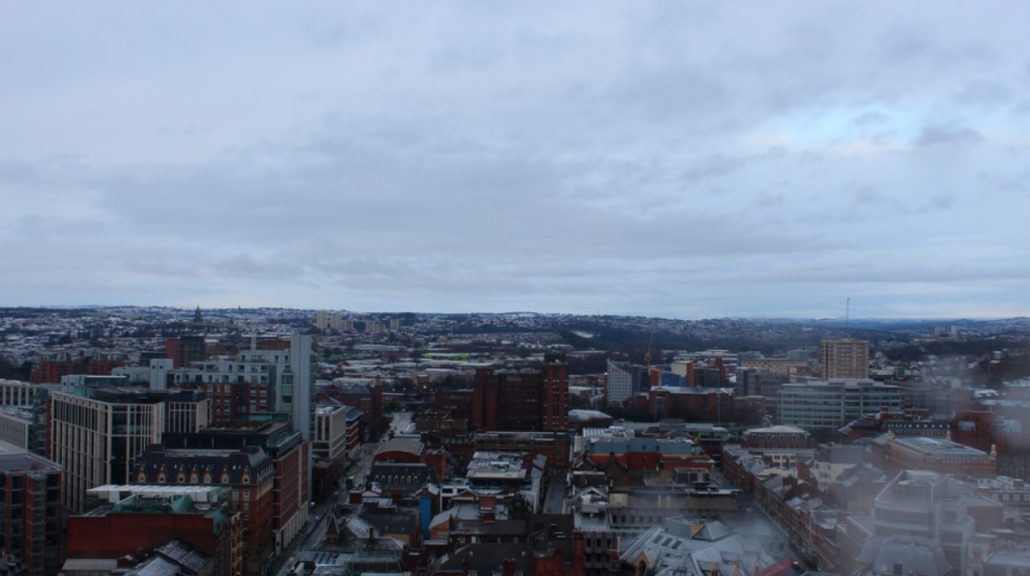