You are here: Home / EARLY NOVEMBER 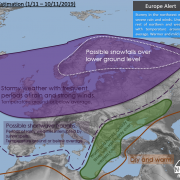 Mild weather in north and west Europe is coming to an end. Southeast regions will be the warmer european corner for the next ten days.

While southeast Europe having a taste of autumn spells this week, the western regions enjoy mild weather. This scenery is going to rapidly change starting on 1/11/2019, as massive low pressure systems are expected to be developed and affect such regions turning weather pattern into a semi-wintry one.

In particular, the northwest countries (UK, Scandinavia -mostly western-, northern parts of continental Europe) should face consecutive cyclonic systems following by bands of severe rainfall and strong winds. In north and central parts of Scandinavia it is highly likely that the first significant snowfall episodes will occur even over lower ground regions. The rest of western and northern region of our continent will be affected by shortwave troughs, which will be turning the weather at times into rainy with some snow over mounts (Pyrenee and the Alps). The temperature in all these regions will remain around or below average.

Finally, in the southeast the weather will change into milder and warm for the season. Overcast is expected at times with some rain over western coasts as a result of the west flow regime. African dust transportation episodes may occur here. 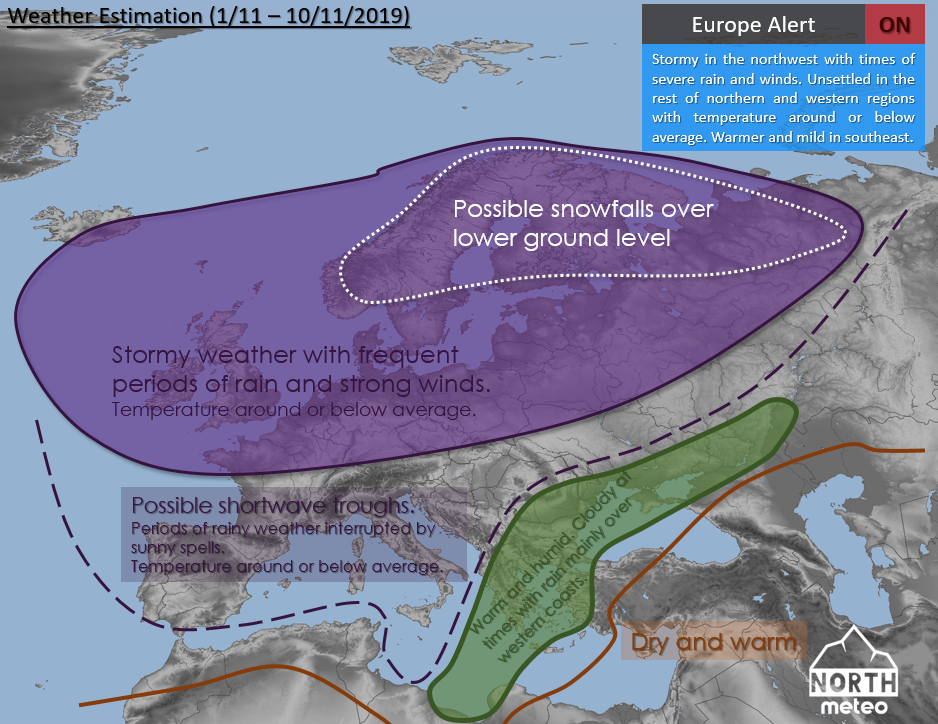