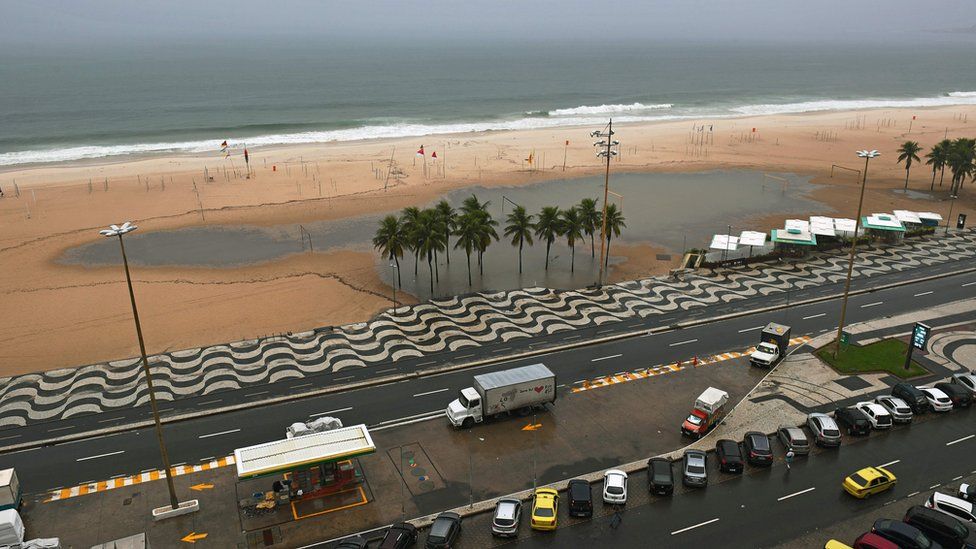 At least nine people have been killed by flash floods in Rio de Janeiro.

The mayor has declared a crisis after the Brazilian city was battered by heavy rain on Monday and Tuesday.

More than 31cm of rain (13 inches) fell in some parts of the city within 24 hours, the mayor’s office said.

According to Globo TV, 245mm of rain were recorded within just a few hours in Copa Cabana, while the April precipitation average does not exceed 95mm.

The satellite images from MODIS-TERRA below show the extremely low-speed movement of the cloud zone that affected the region. This slow movement was one of the most important reasons of this natural disaster.

On the maps below showing the condition on Sunday 7/4/2019 (2100 UTC). In the first map, the shallow low pressure system causes a precipitation zone, which is collocated with the cloud zone in the satellite. In the second map, the CAPE index is fairly enhanced causing eventually a quite unstable regime, ideal for the formation of storms.