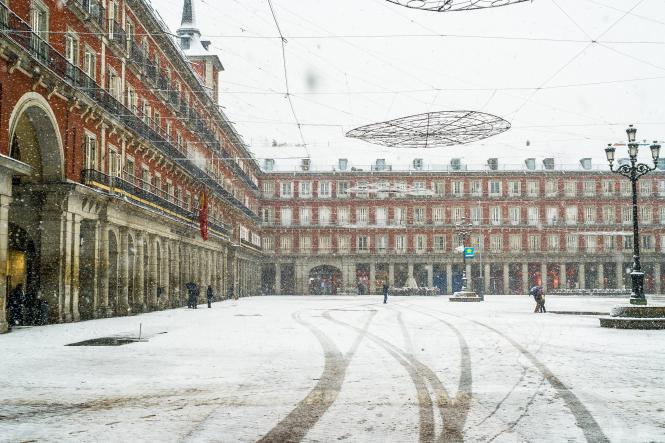 Snow was observed in countries of central-west Europe the first week of April (2019) in Europe. Here, we present you some videos we found on youtube:

Snowfalls caused siginificant problems on higher grounds of Spain in the northern regions of Madrid on A1 highway:

In the next video, we can see a snow-hail episode in the city of Madrid:

In the meanwhile, heavy snowfalls occurred in Switzerland on last Thursday (4/4/2019) causing disruptions on the road network:

Snowfalls occurred even on lower grounds in Switzerland, such as in city of Zurich. Here, it is a video captured in a region close by the city of Bern: