This is the fourth in a row morning of such low minimum temperatures over the mainland of Greece. Check out the table with today’s lowest temperatures.

Most areas in northern Greece (mostly in districts of Macedonia, Thrace and Epirus) come along with frosty patches the last four mornings. In the following table you may see some of the lowest minimum temperatures of today. 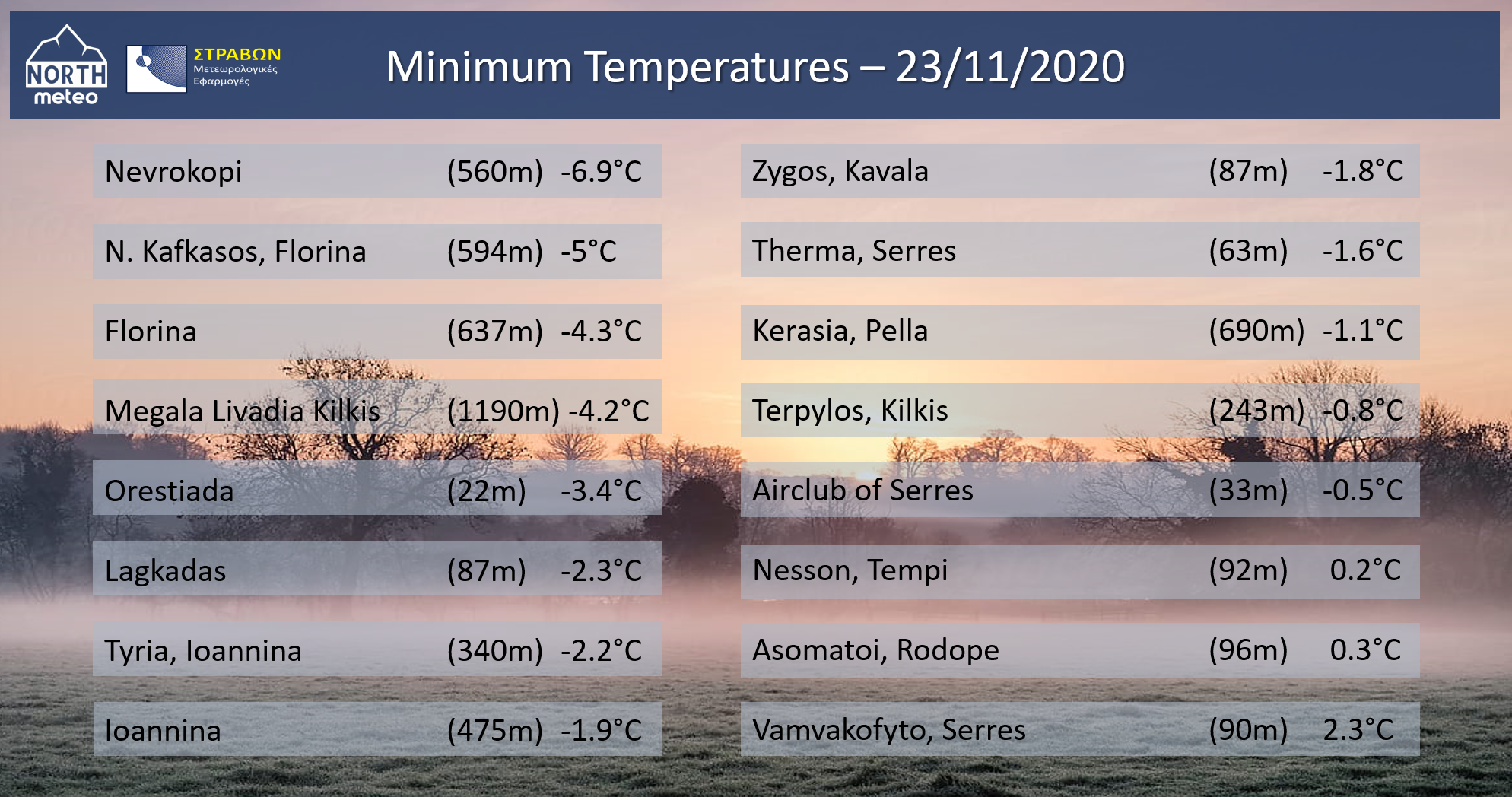 It is also impressive the temperature range in the plateau of Nevrokopi, where temperature drops to fairly low temperatures in the morning, but the raises by 14 to more than 20°C in the same day. The following diagrams come from the automatic weather station of northmeteo.gr network in Nevrokopi: 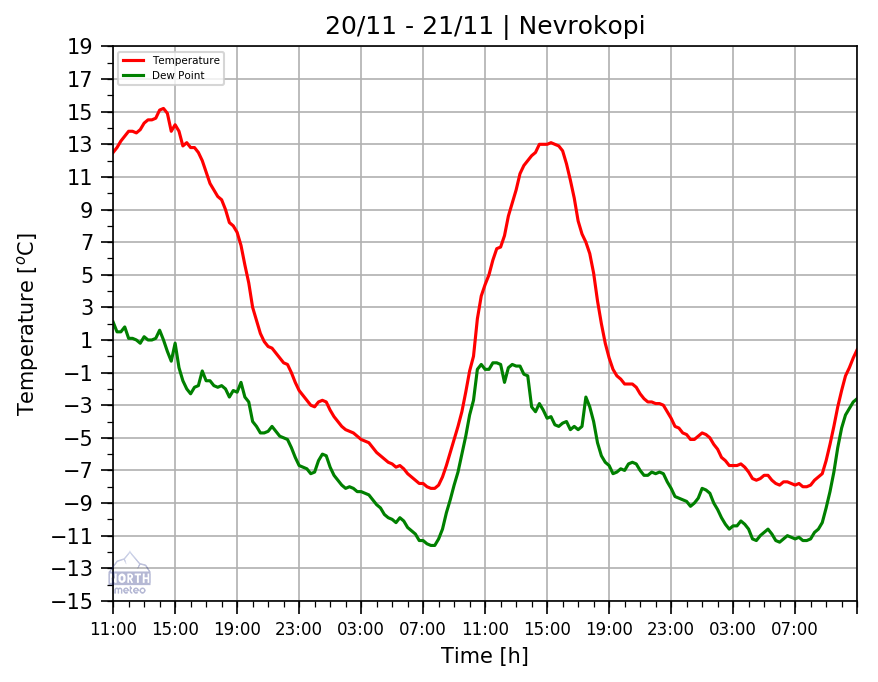 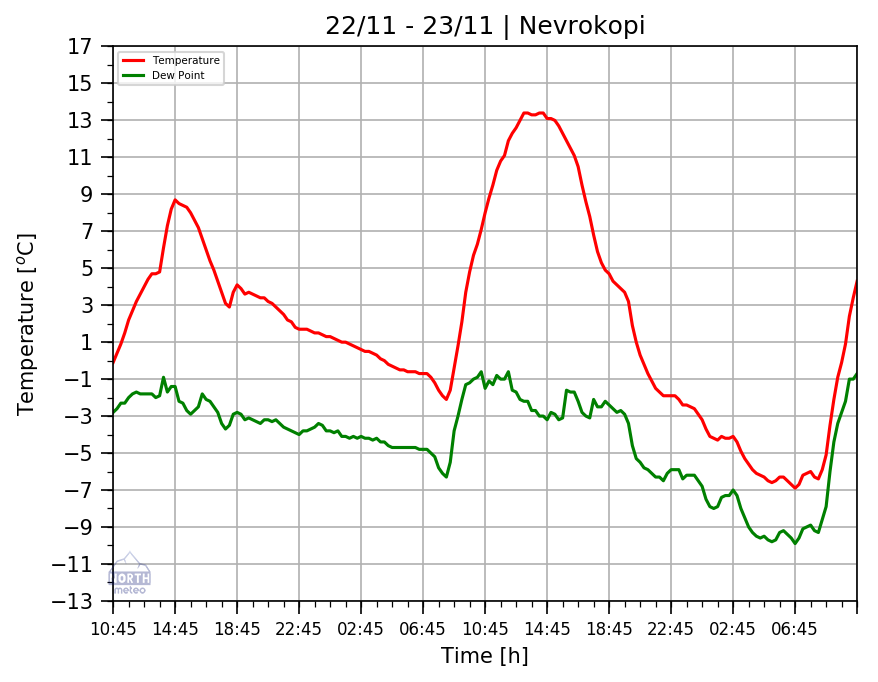 Beast from the east is coming – What’s next?