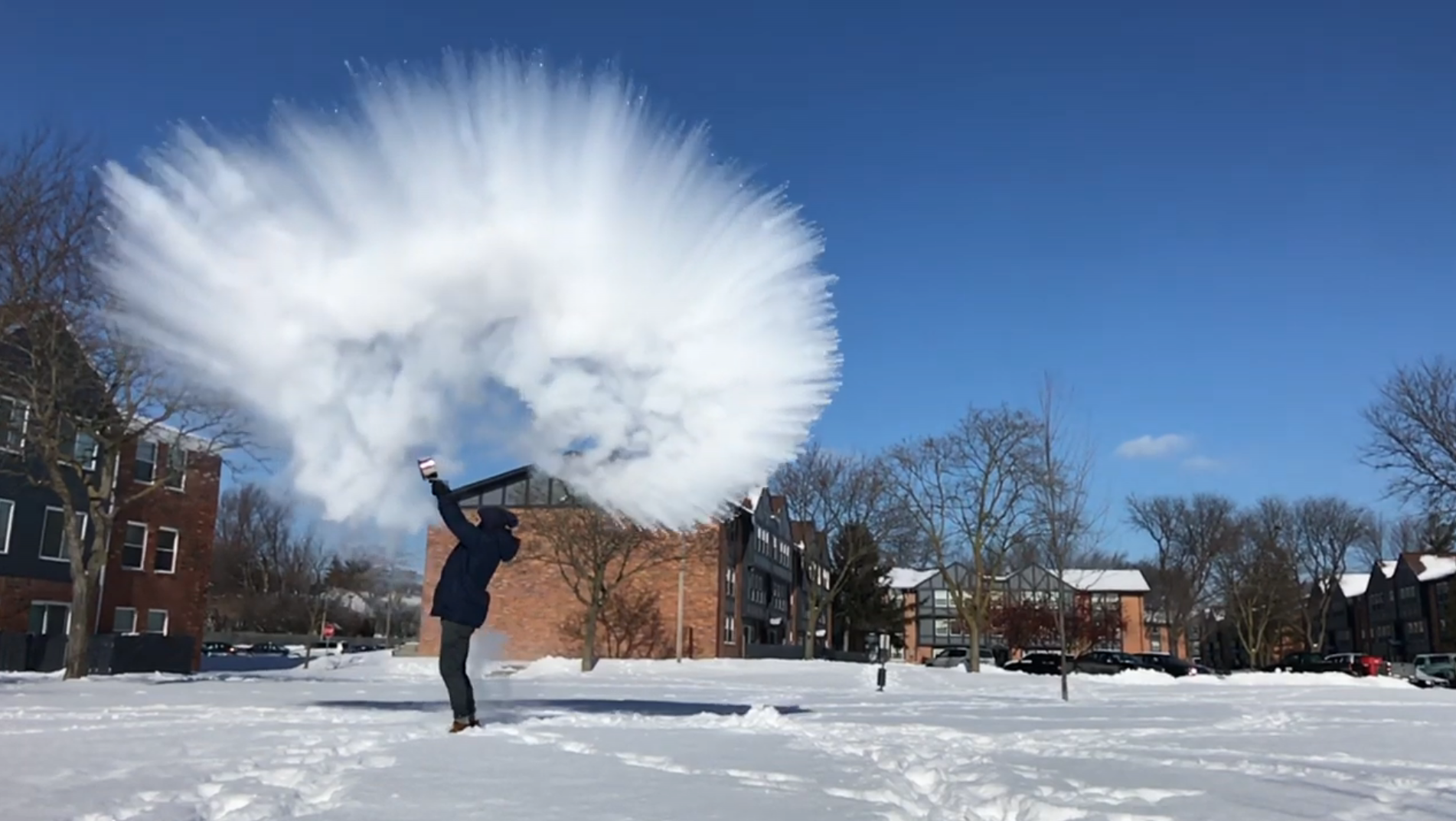 At least 12 people have died due to the breaking of polar vortex, a phenomenon that affects the northern parts of the US.

The authorities have instructed that schools will remain closed and places for homeless people will be available for use. Hundreds of train services and flights have been canceled.

In the mid-western states, the temperature has dropped below -45°C. Snowfall are expanding over eastern regions.

Today, the temperature dropped to -29°C in Minnesota and Michigan and to -34°C in north Dakota.

Now, the cold intrusion is moving towards eastern regions, such as Massachusetts, New York and Pennsylvania. In Boston, the temperature dropped to -21°C.

According to media and authorities, 12 deaths have been caused by this cold outbreak since last Saturday in mid-west US. Some of them are dead due to car accidents, while others by the extreme weather.

Videos on youtube show people to drop boiled water in the air, which instantly freezes, while train officers get fire on train rails in order to avoid any contraction.

In the meanwhile, more than 30 temperature records have been observed in the mid-west US (-40°C in International Falls of Minnesota, -30°C in Chicago).

Extreme cold conditions caused hundreds of car accidents and a pile up of 20 cars in Grand Rapid of Michigan. Moreover, 2500 flights are canceled and more than 3500 are delayed this morning. Post offices stopped their services to many American states today.

In the broad region of Great Lakes, these extreme conditions have caused unusual natural phenomena (e.g. a part of the Niagara falls has literally been frozen).