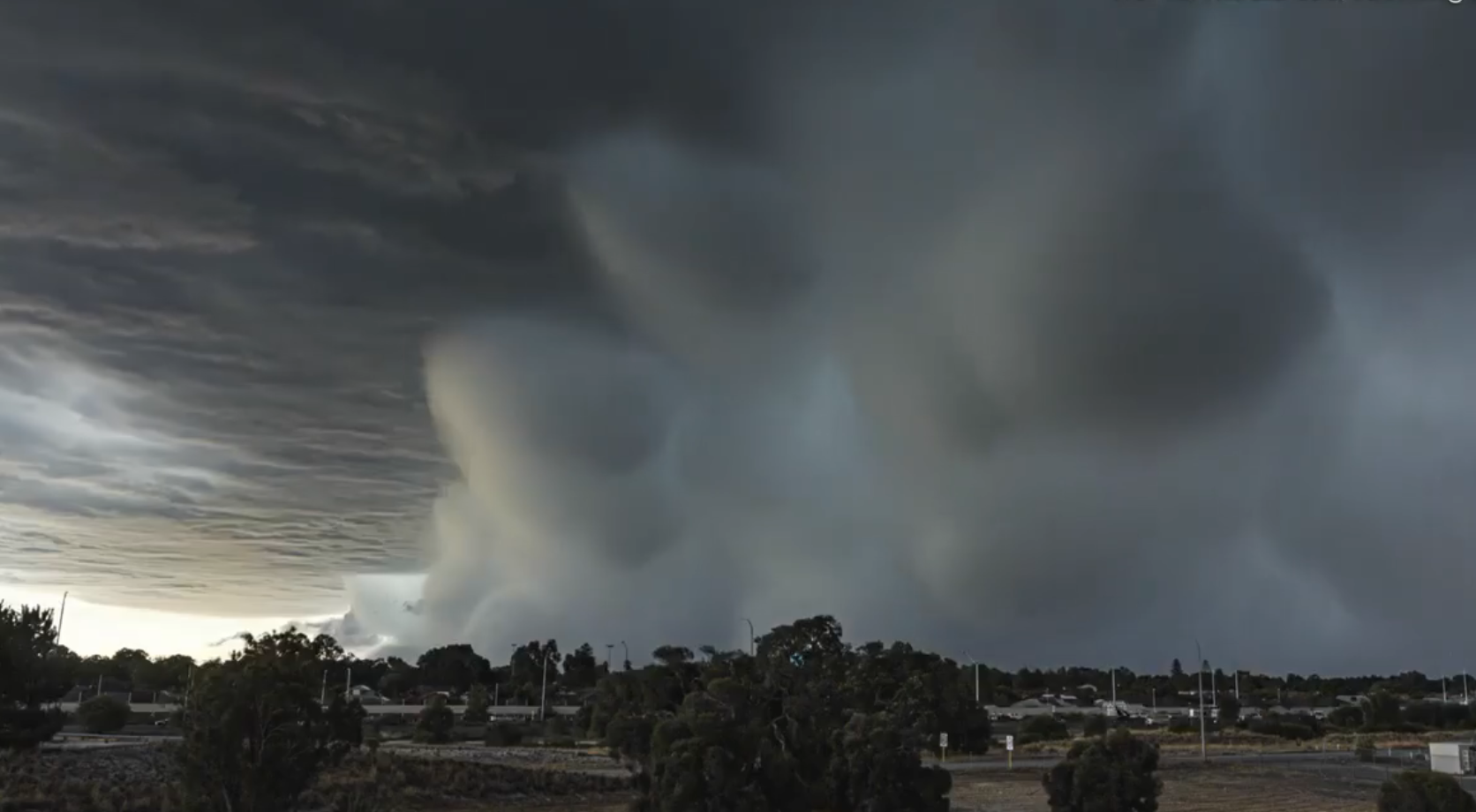 Impressive images come from Perth in Australia. The region yesterday was affected by a phenomenon called “rain bomb”. The reason that this phenomenon is called like that is obvious in the following video.

The last Tuesday (25/2/2020) a cold front passed through Perth in west  Australia affecting the region with a phenomenon called “rain bomb”. The incredible following timelapse video was captured by Kane Artie. In the video you may see some “water bombs” dripping from the clouds higher up. The video is available through Severe Weather Australia as well.

The next video shows what was the situation within the rain bomb in Perth: