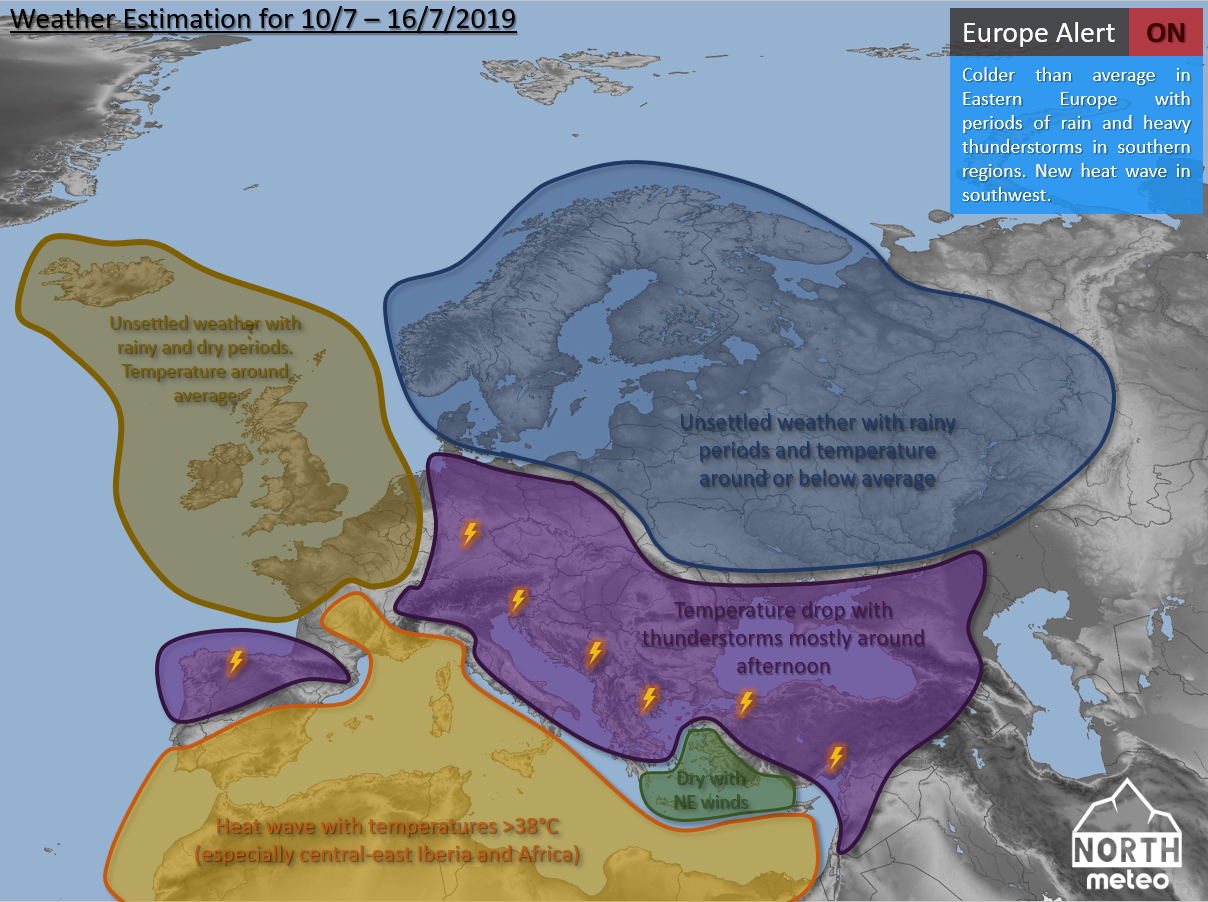 Significant weather change is expected in eastern Europe gradually the next days and especially from 10/7/2019 and then with temperature drop and afternoon thunderstorms. In contrast, a new heat wave may affect parts of Iberia and south France.

You can support our site following our group on facebook and registering to our youtube weather channel.

In particular, part of cold air masses over Scandinavia and Russia will move southwards affecting central/eastern Europe (from Germany to Switzerland to Greece and Turkey) causing unsettled conditions with severe thunderstorms (increased possibilities for hailstorms) during afternoon/evening). In addition, the temperature will significantly drop to levels around or below average after a prolonged period of increased temperatures. As an exception, central/south Aegean and western Turkey will face dry and windy conditions (NE winds).

The cold air masses will remain over northeastern Europe, being dissipated, causing unsettled conditions with rainfalls at times and possibly strong winds at places. The temperatures will remain around or below average.

Finally, in northwest Europe, the weather will remain within the climatological limits with periods of rain and sunny spells.