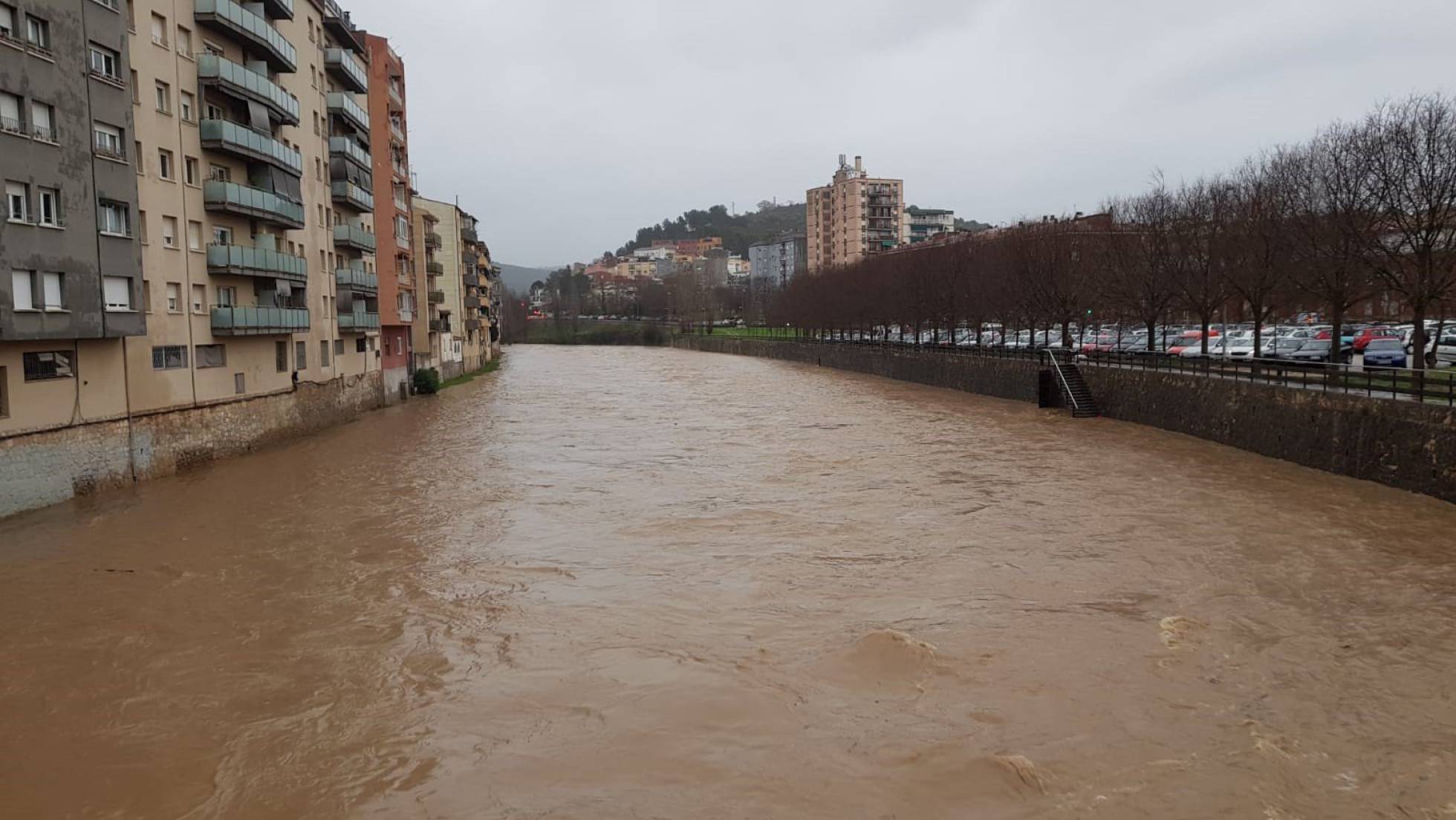 The death toll has risen to 11 as the extreme weather conditions cause severe damage to the Ebro Delta in Catalonia, and coastal homes in Valencia

A powerful storm that was still affecting Catalonia on Thursday after sweeping across northern and eastern Spain for four days has claimed a new victim.

A man was found dead on Thursday in Jorba (Barcelona) after his car was dragged away by torrential rains, bringing the death toll from Storm Gloria to 11.

A person has also been reported missing in Cabacés (Tarragona), where he was last seen driving his car.

A total of five people remain unaccounted for since Gloria started battering the region with heavy rain and snow, winds of over 100 kilometers per hour and record-high waves.

Numerous municipalities in Catalonia continued to experience travel disruption on Thursday, and 130,000 students stayed home from school. In the city of Girona, authorities said that the Ter River has burst its banks in the neighborhoods of Pedret and Pont Major, while the waters of the Onyar continue to rise.

The towns of Deltebre and Alcanar, in Tarragona province, have asked to be declared disaster zones.

Early estimates place storm damage in Deltebre, where 25 meters of coastline have been swallowed up and 3,000 hectares of rice fields ruined, in the range of €9.5 million.

Spain’s prime minister, Pedro Sánchez of the Socialist Party (PSOE), visited some of the most-affected areas on Thursday.

Catalonia, the Valencia region and the Balearic Islands have borne the brunt of the storm.

The Ebro River Delta region in Catalonia has been severely affected by the storm, which pushed waves as far as three kilometers inland, ruining crops and altering fishing activities in the area.

The damage is particularly visible in coastal towns between L’Ampolla and Deltebre, on the left bank of the Ebro.

The sea has covered thousands of hectares of rice fields, where the salty water will damage soil fertility.

“This means ruin,” said Josep Colomines, captain of a fishing vessel from L’Ampolla.

The animals probably ended up there from a nearby fish farm run by a company named Balfegó, which specializes in catching and fattening up tuna in cages near the coast.

“For now we haven’t been able to assess the damage, because the sea is still too rough,” said a company spokesperson.

Every beach in the Barcelona Metropolitan Area (AMB), from Castelldefels to Montgat, has sustained the worst damage seen in the last 30 years.

According to the AMB’s head of beaches, Dani Palacios, the damage to beach equipment alone is expected to be in excess of €250,000, and that is without counting the destruction of boardwalks and promenades, or the new sand that will have to be brought in to restore the areas to their former state.

In the Valencia region, the storm has swallowed up entire beaches and dragged sand, seaweed, cane, driftwood, oil drums and even buoys hundreds of meters inland.

In Oliva, where authorities allowed residents to keep homes that were built too close to the coastline, one homeowner begged reporters not to publish photographs of the state of his property “or else they’ll take away even more land from us.”

“I’ve never seen anything like this. Maybe in 1982,” said a woman named Teresa inside one of the few cafeterias still open in the area.

In Jávea, the ground-floor premises of the buildings located along its small port promenade have been ravaged despite efforts to stop the waves with metal sheets and wooden planks.

“Never before has there been so much damage, with such strong waves,” said Diego, who works at La Bodeguita, a seafront restaurant in this popular tourist destination.