You are here: Home / greece 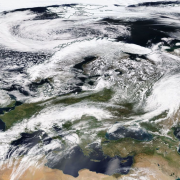 Obviously spring is a season of unsettled weather with ups and downs. However, this spring seems to follow almost strictly wintry or summer patterns.

In the satellite image you may observe snow covered Scandinavia and African dust over southeast Europe.

You may see the current observations in Thessaloniki HERE.

During the last week, extreme weather was observed across Europe forming a weather dipole between north and south countries. Snowfalls occurred in Scandinavia and Russia, while an unusual heat wave for the season took place in Greece.

In particular, the temperature in northern Europe was observed to be in general higher than the average for May by 8-10°C (without breaking any record). However, negative temperatures were observed in many places (e.g. in Stockholm the temperature dropped to -2°C ον 14/5/2020). In the following chart you may see temperature deviations from the temperature average of this season on 16/5/2020. It should be highlighted that the entire week (11-17/5/2020) the situation was more or less in the same pattern. 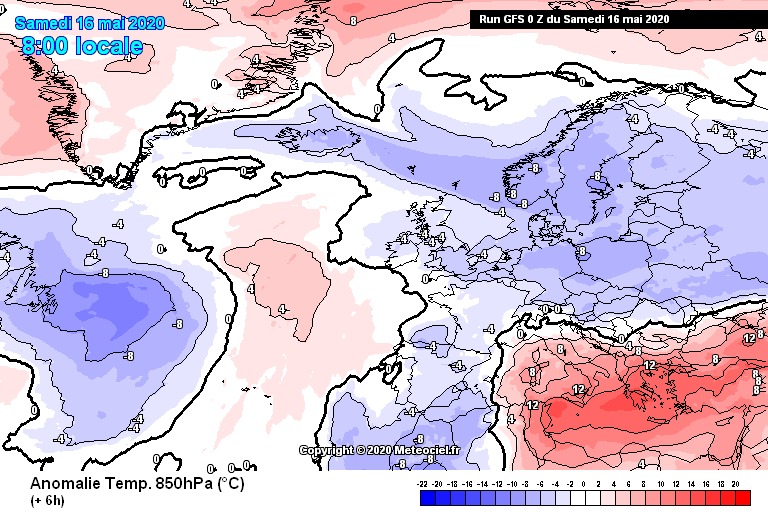 In contrast, in the southeast corner of Europe, we observed the highest temperatures ever for the month of May. In Athens and Thessaloniki (two biggest cities in Greece) the temperatures reached the extreme highest values for this month (36°C and 33°C respectively). The highest ever temperature for May was recoerded in southern Greece, in Sparta, where the weather station recorded a highest value of slightly above than 40°C.

The following videos showing this weather contrast over Europe. The first three videos come from Russia and Norway:

In contrast, Greeks searched for a cool place by the sea close by the large urban regions. The first video is from Epanomi (Thessaloniki) and the second from Vouliagmeni (Athens): 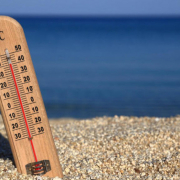 A severe heat wave is expected the next 7-8 days period in Greece. Greece is wonderful for summer vacation but hot weather may change your plans.

The weather is getting hotter from tomorrow (8/8/2019) and this will last for at least 7-8 days. However, there is a significant possibility that this heat wave will be terminated with severe thunderstorms at places.

An insignificant temperature drop is expected on Sunday, but the mercury will raise again on Monday. 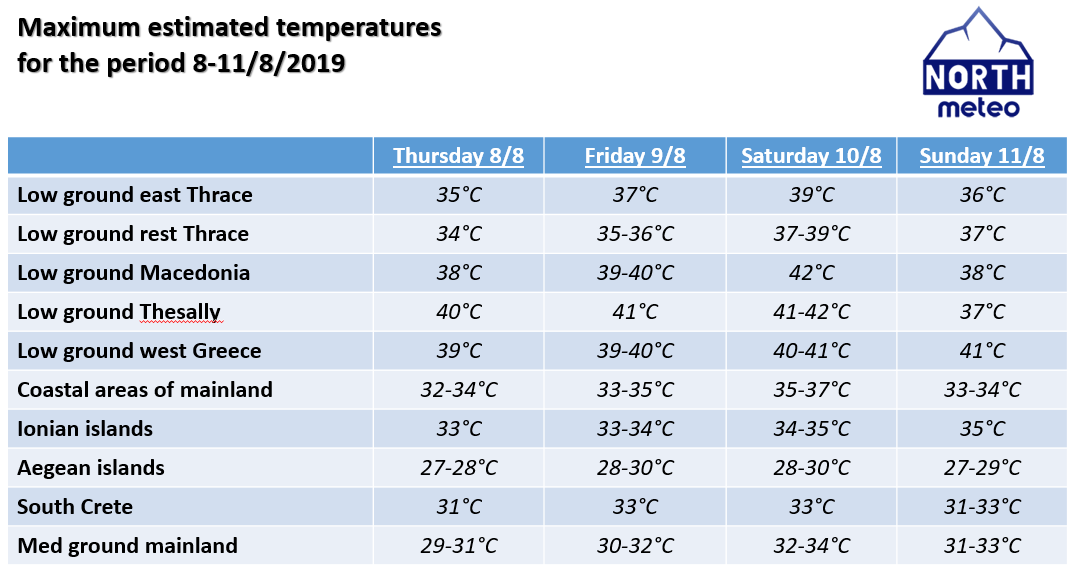 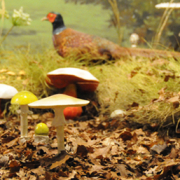 The greatest mushroom museum of Europe is located in Greece and, particularly, in Kalampaka of Trikala.

The Mushroom Museum has a rich collection. It consists of mushroom sculptures made one by one, maintaining an absolute color, shape and size similarity. Mushrooms are presented in three stages of development, so that the visitor forms a complete picture of their circle of life. Their presentation is based on the ecosystem that each species grows (beech, pine, fir, oak, meadow, etc.)

Wandering around a specially designed area, which simulates the real environment, visitors can gather information and get familiar with every mushroom.

The Museum organizes guided tours for groups, school classes of elementary, middle and high school students and other special groups. Visitors have the opportunity to become fully informed about the exhibits, the dangers that threaten the individual ecosystems and the environment in general. For the smooth operation of the Museum the tours will be scheduled after contacting us.

Below you can have a brief look of some parts of the exhibition: 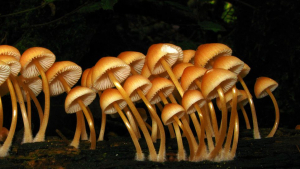 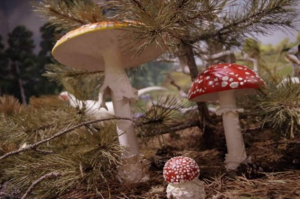 More info in english on meteoramuseum.gr 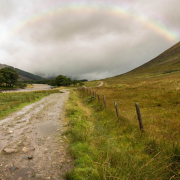 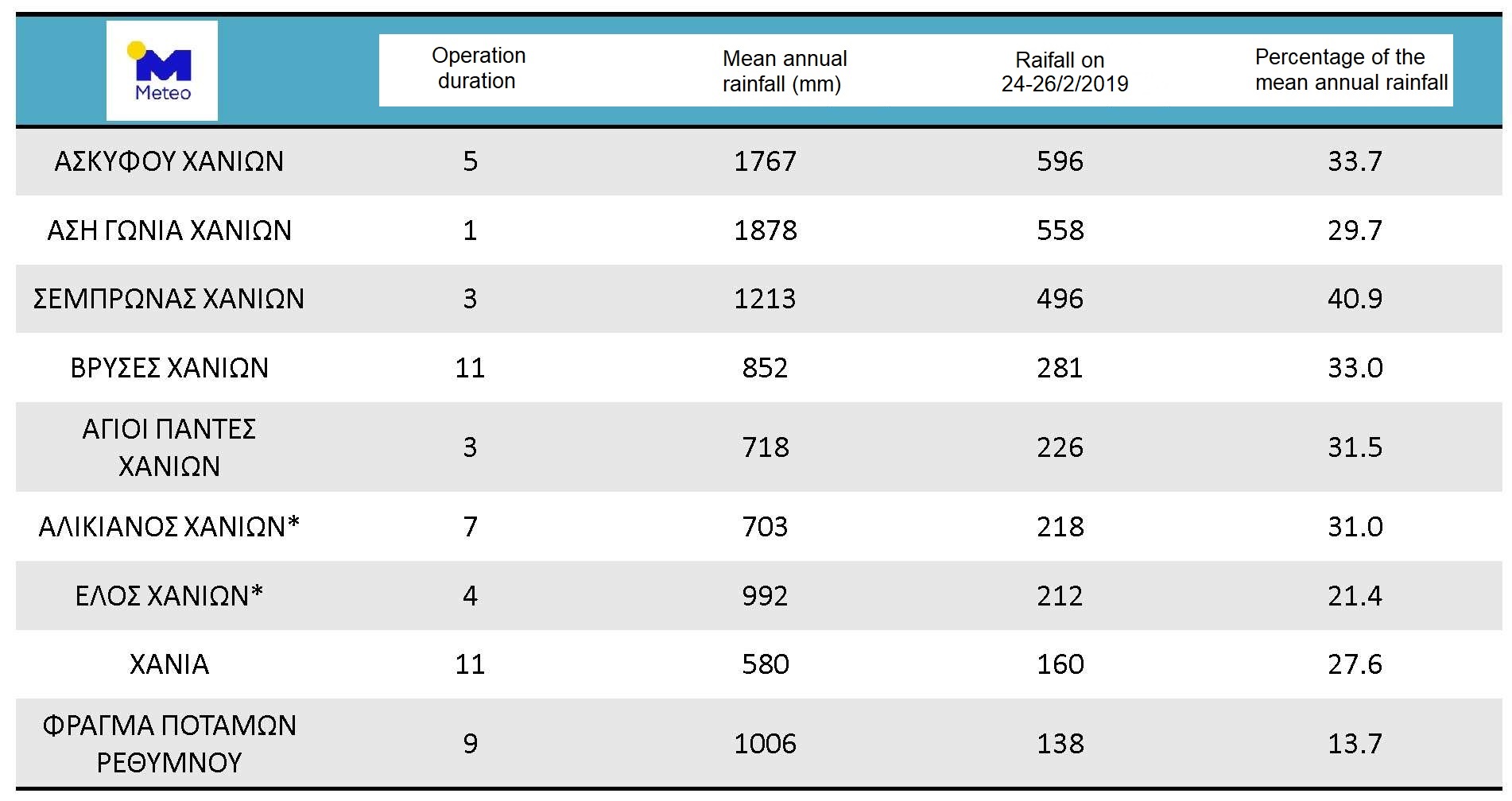 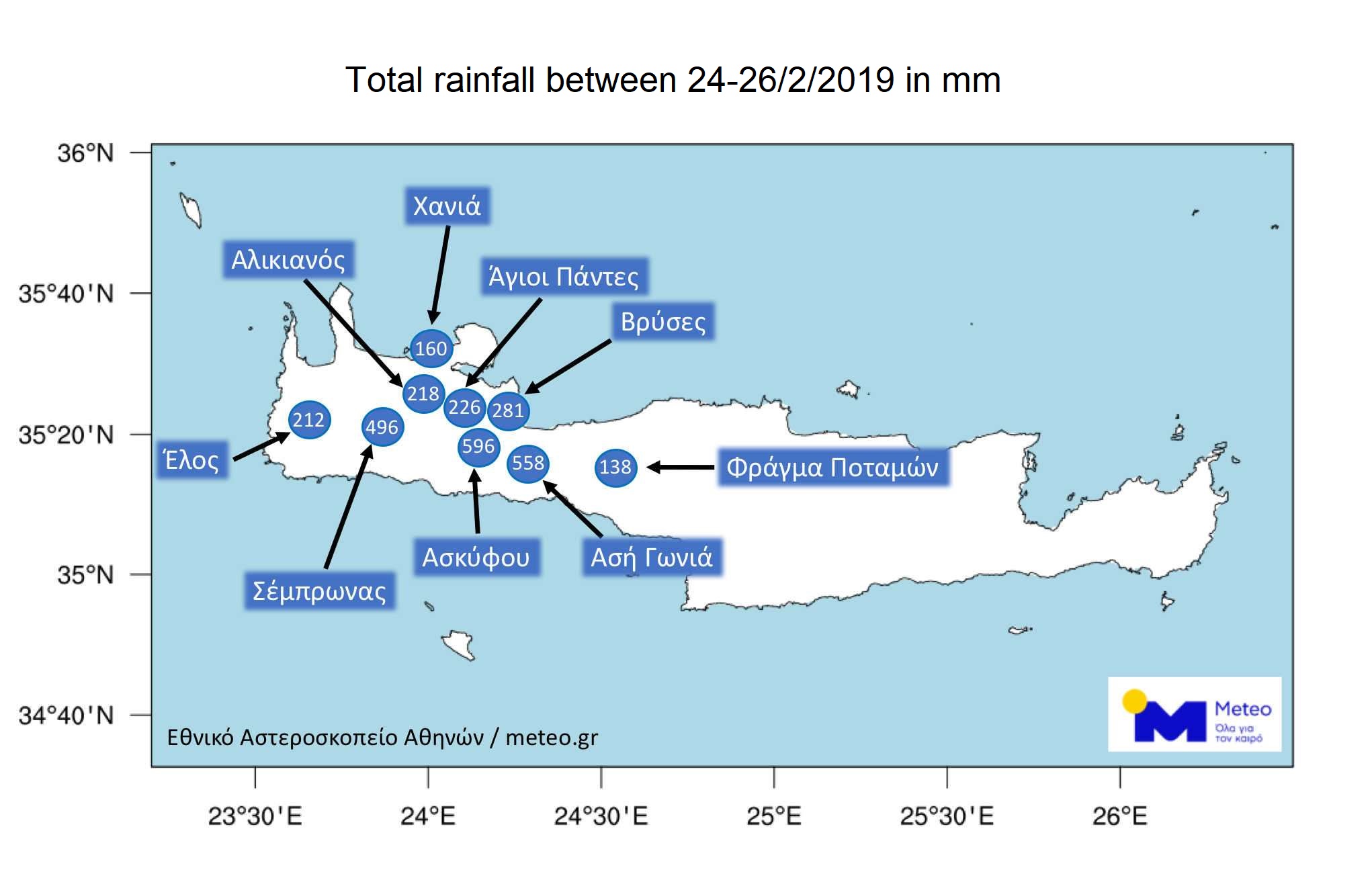 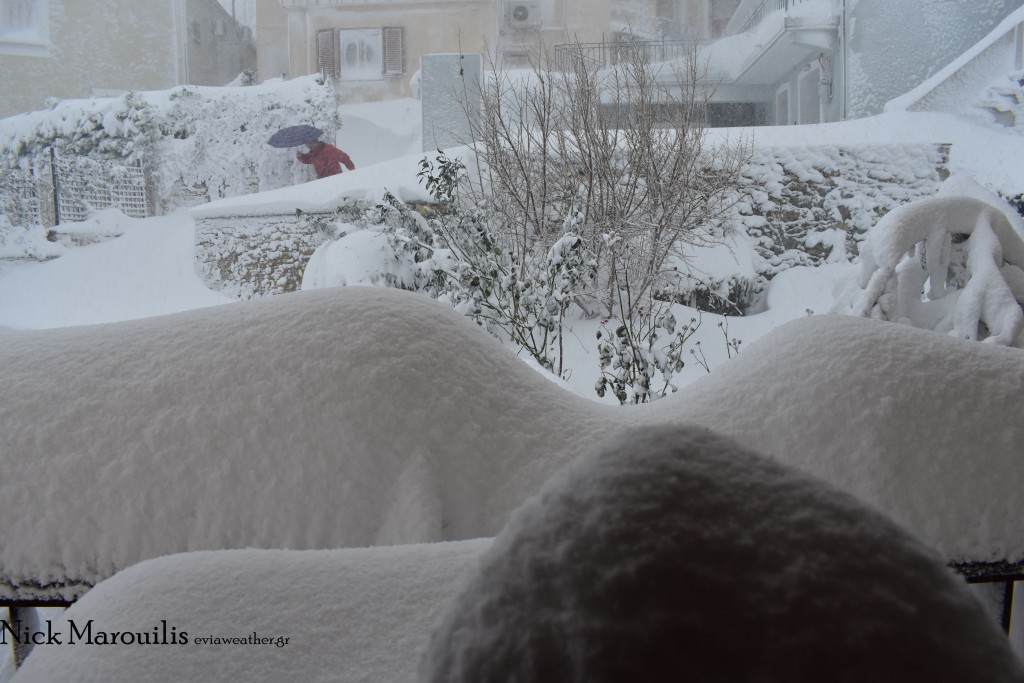 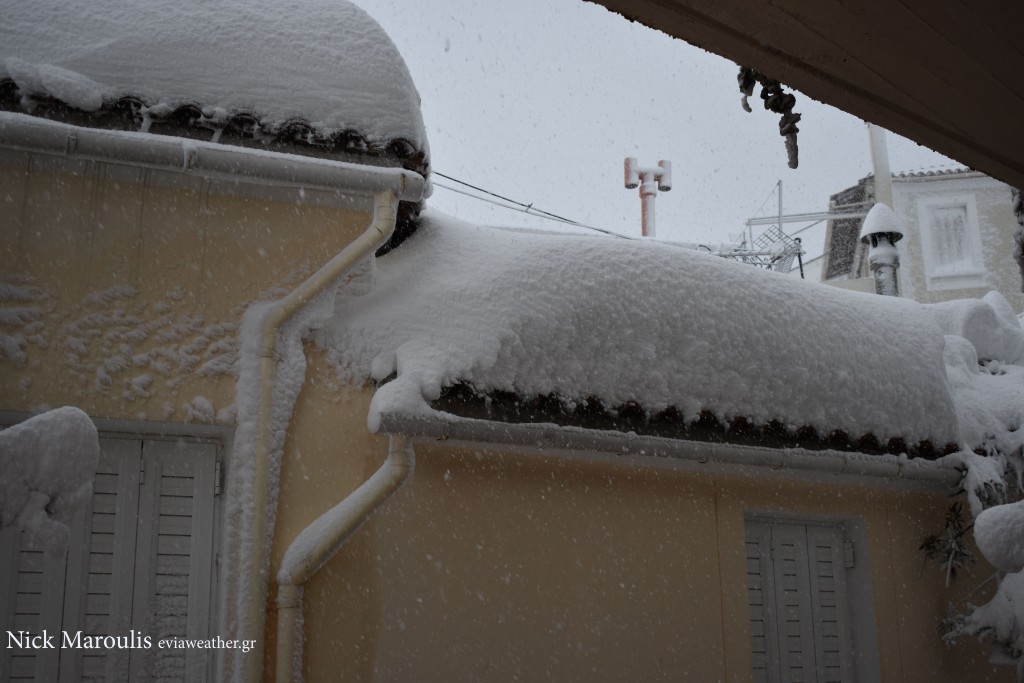 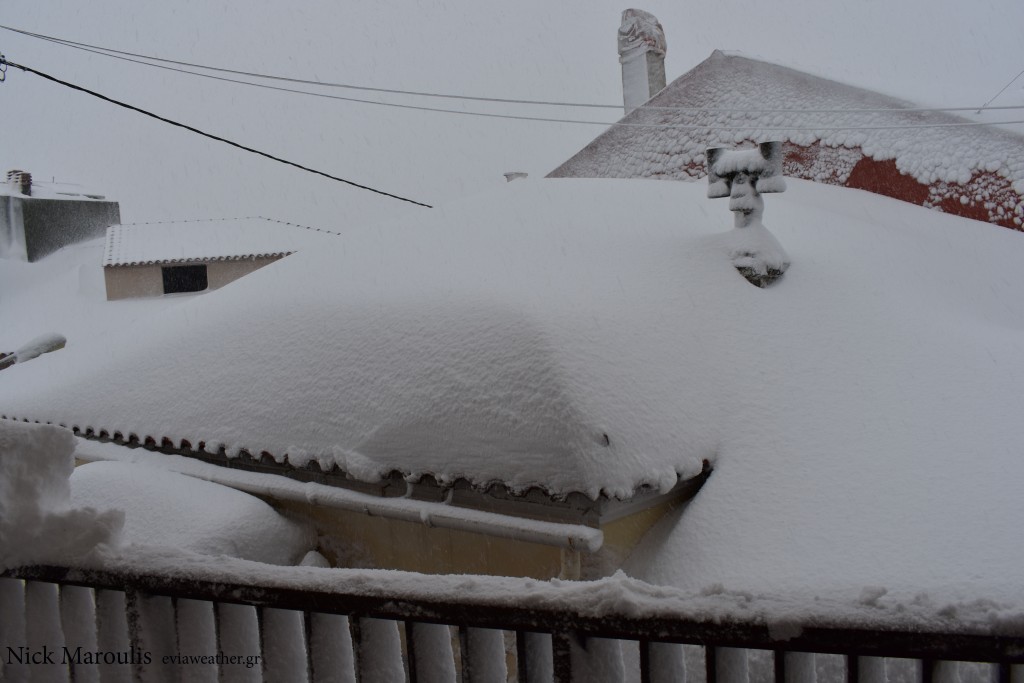 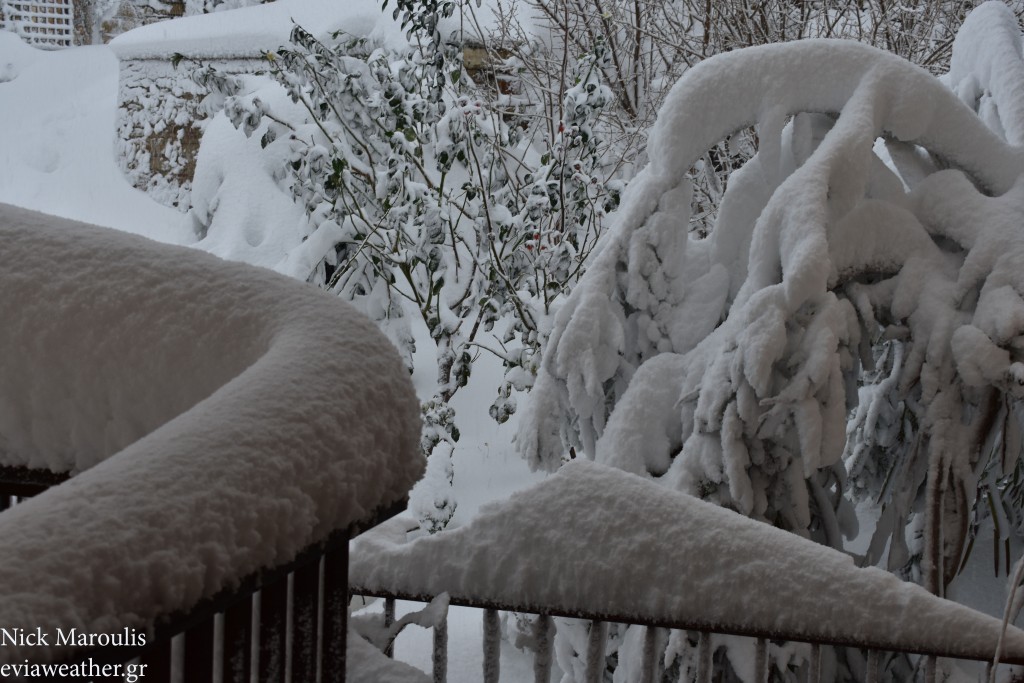 When it takes you more than 10 years to see your hometown wearing its white dress, you feel that you want to go out there in the snowy streets and just looking around and staring at the snowflakes falling. For those who were born in 80’s that was just a typical snow. For those who were born after 2000 that was THE snow. The last time that Thessaloniki looked like the images below was in 2006. And if you go further back you could see that there was a good snow event (>=10cm) at least once per year.

I don’t want to say anything more. Ariadne (the name of this low pressure system) was as the song says “unforgettable” and we are gonna really miss her. We ‘ll miss her not for the amount of snow but for the general traits of this system. The highlight? Snowing with -5 deg C in the city centre, next to the sea. I can’t name a Mediterranean city, which can achieve such a situation. Enjoy as I did (photos from 10-11/1/2017): 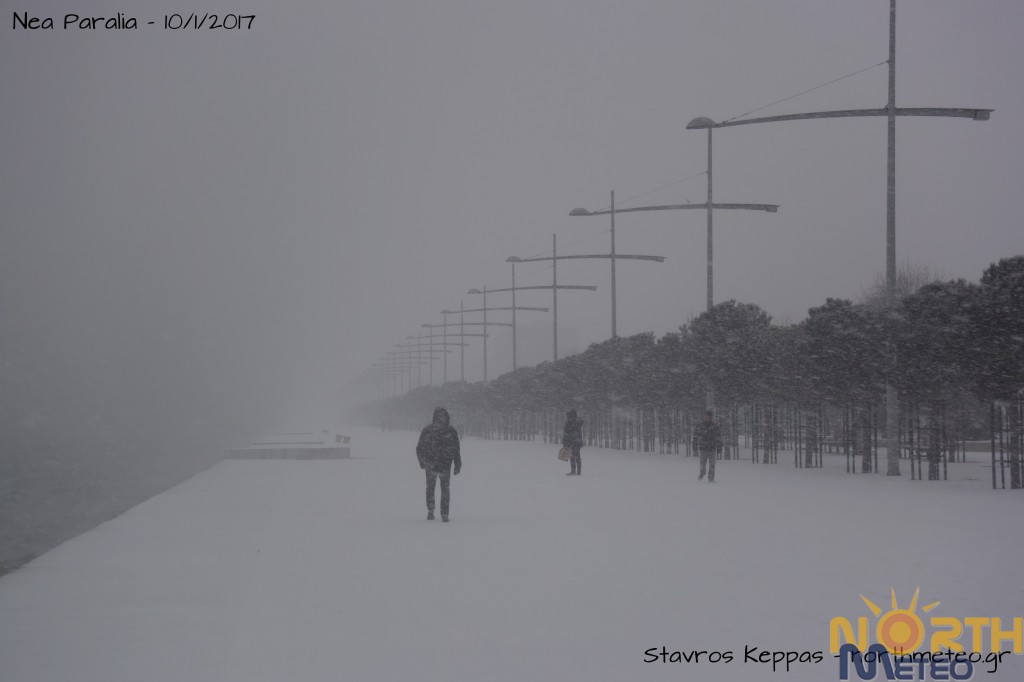 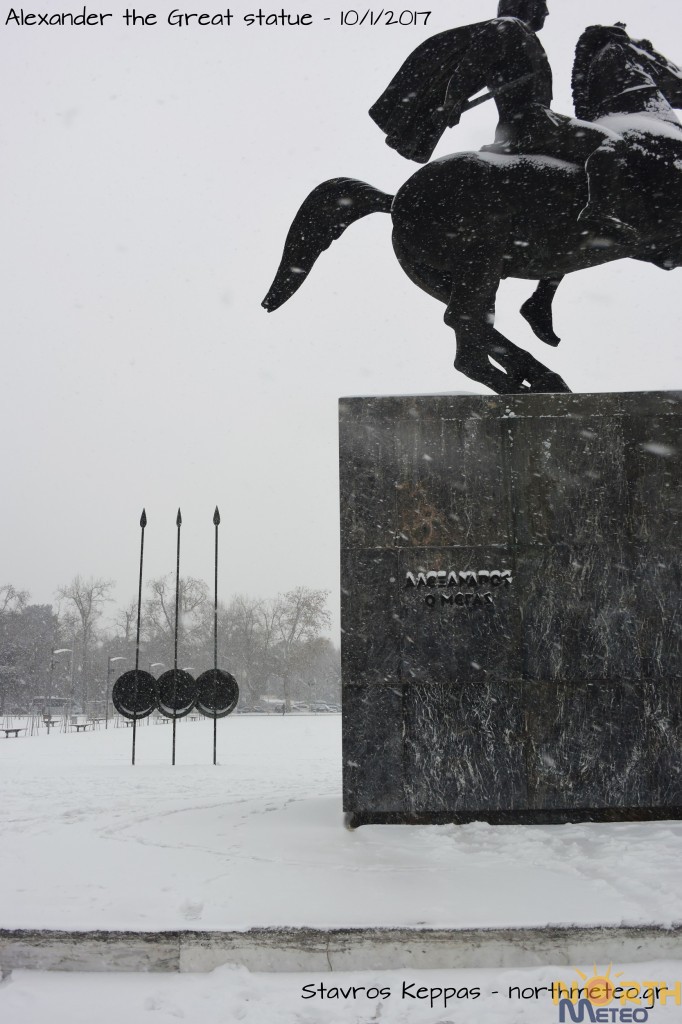 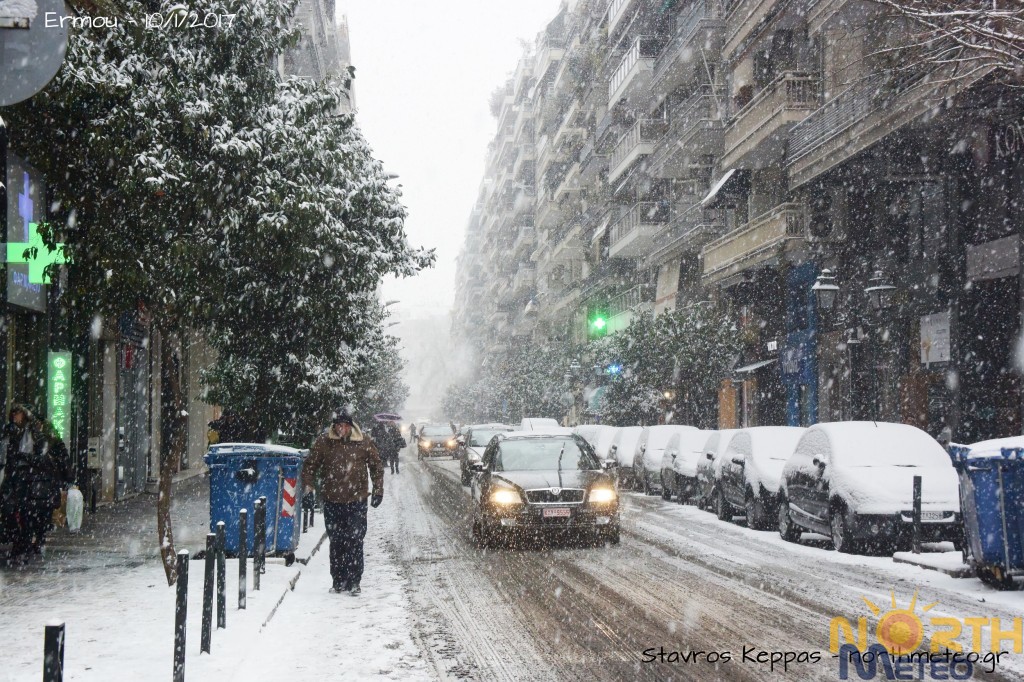 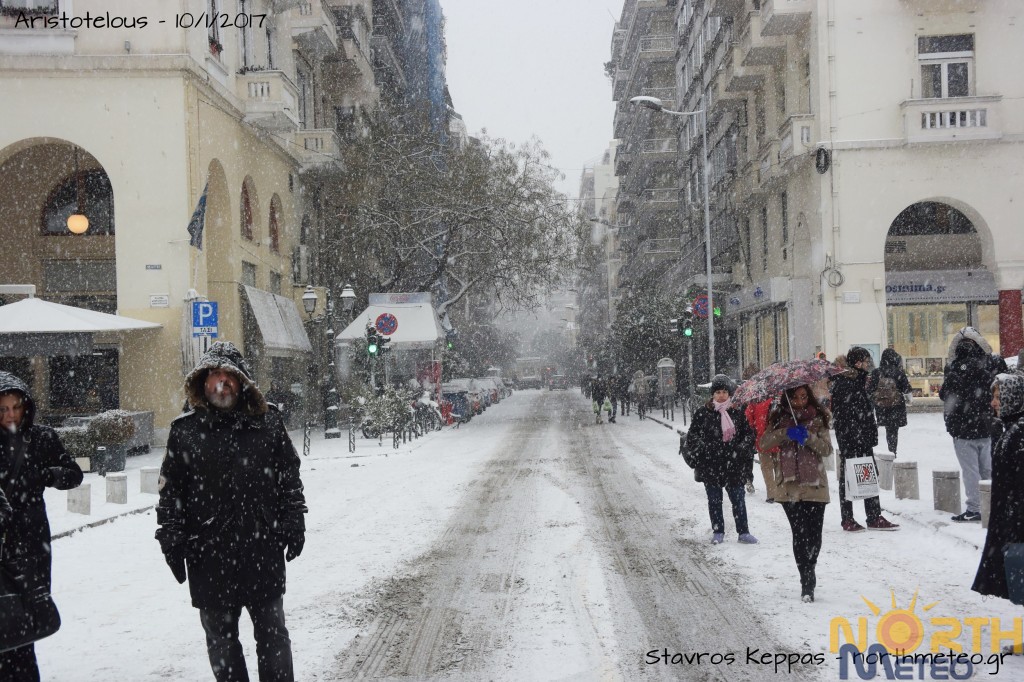 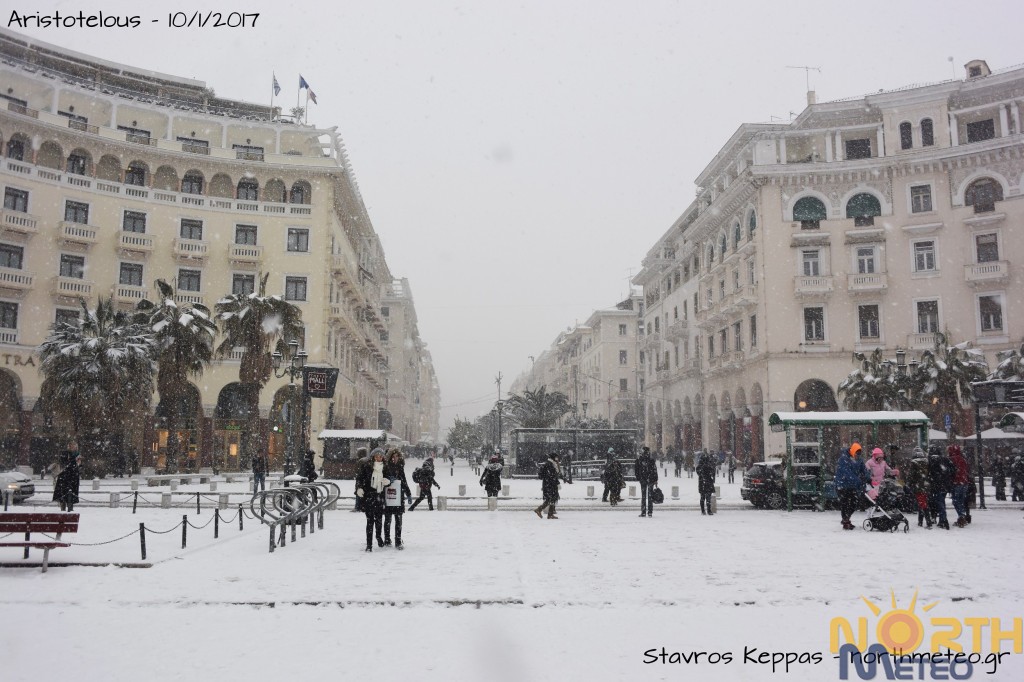 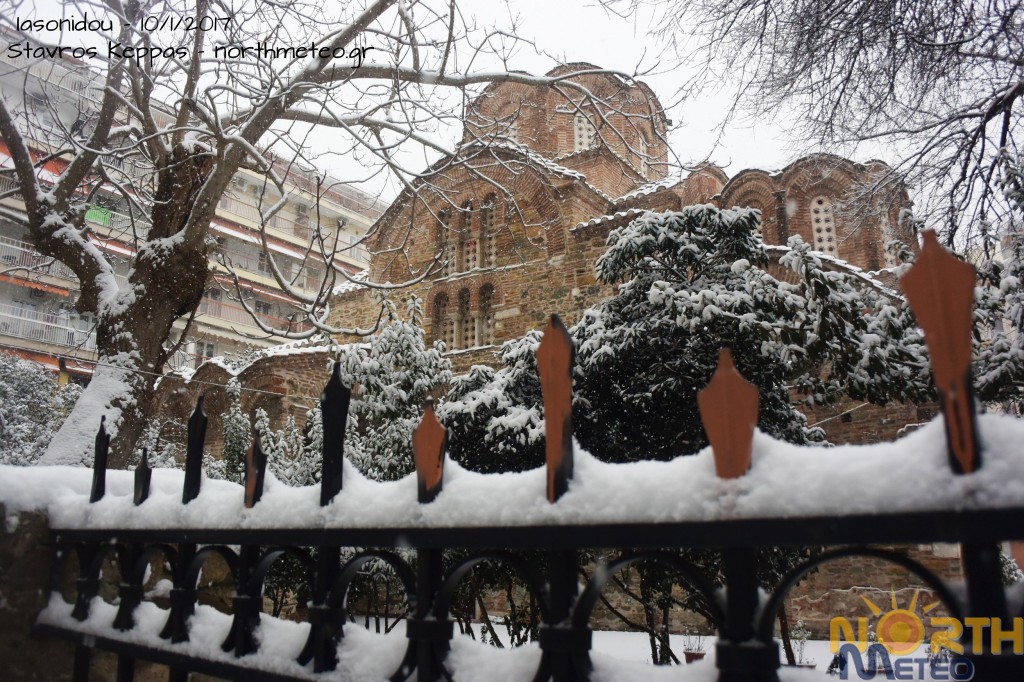 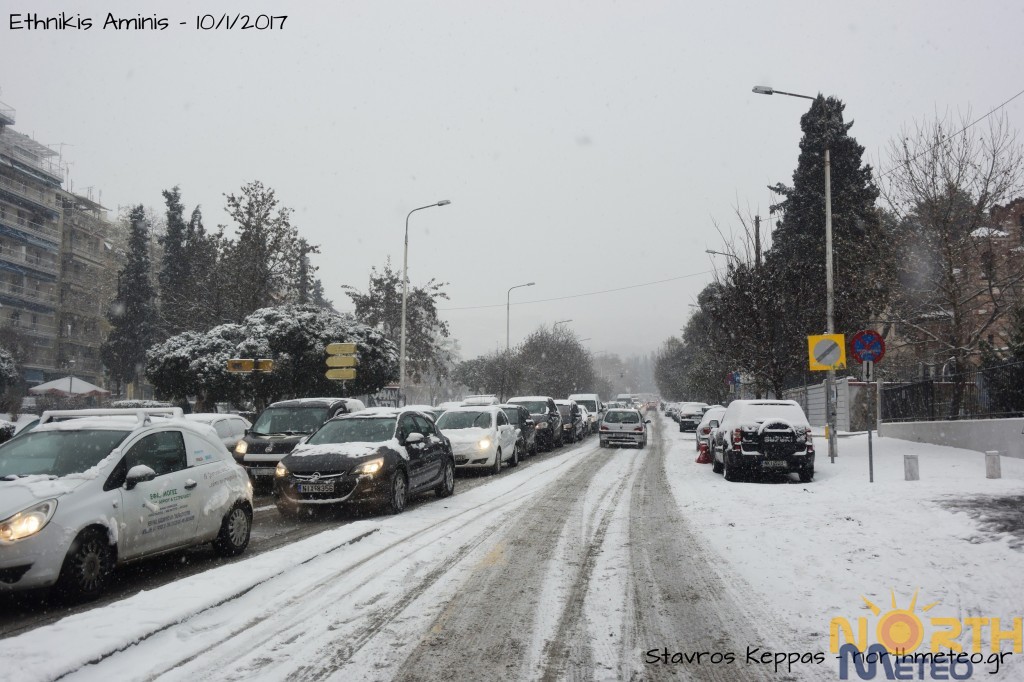 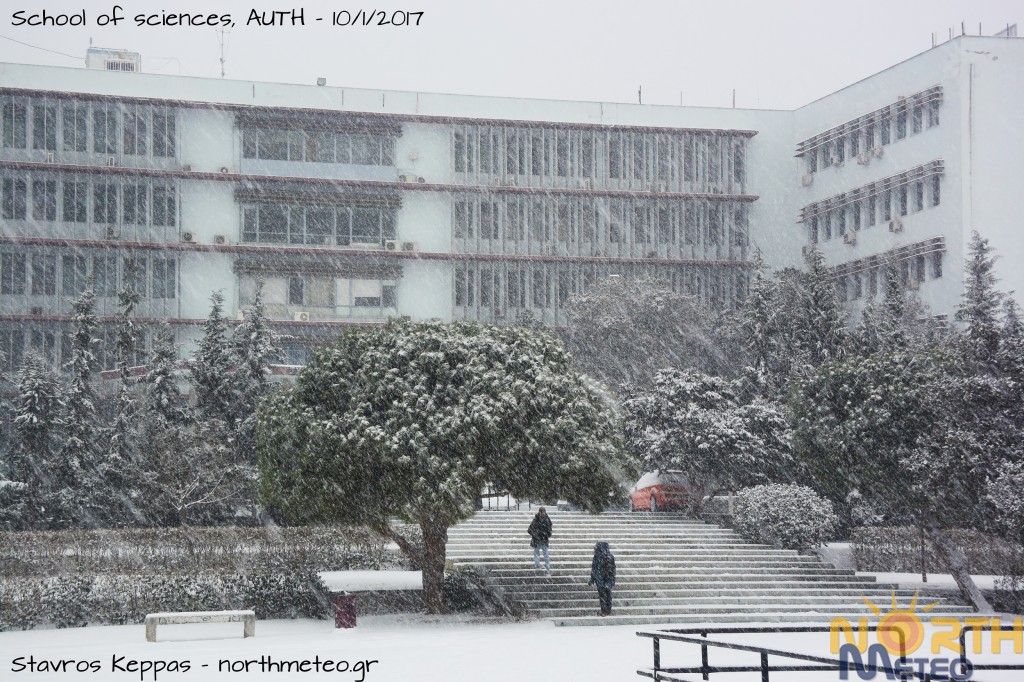 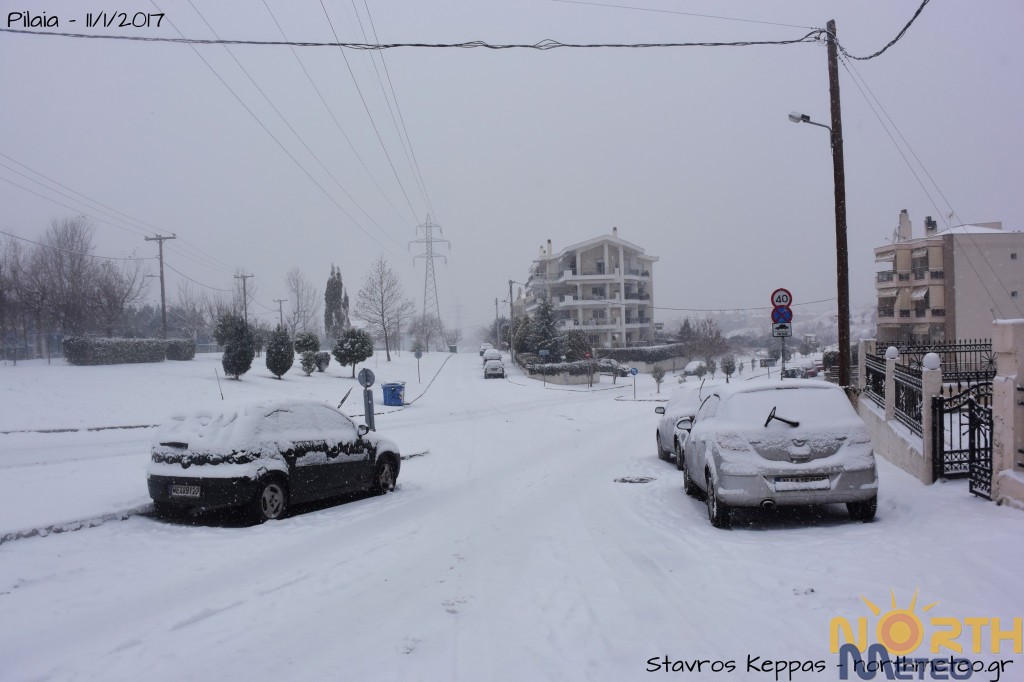 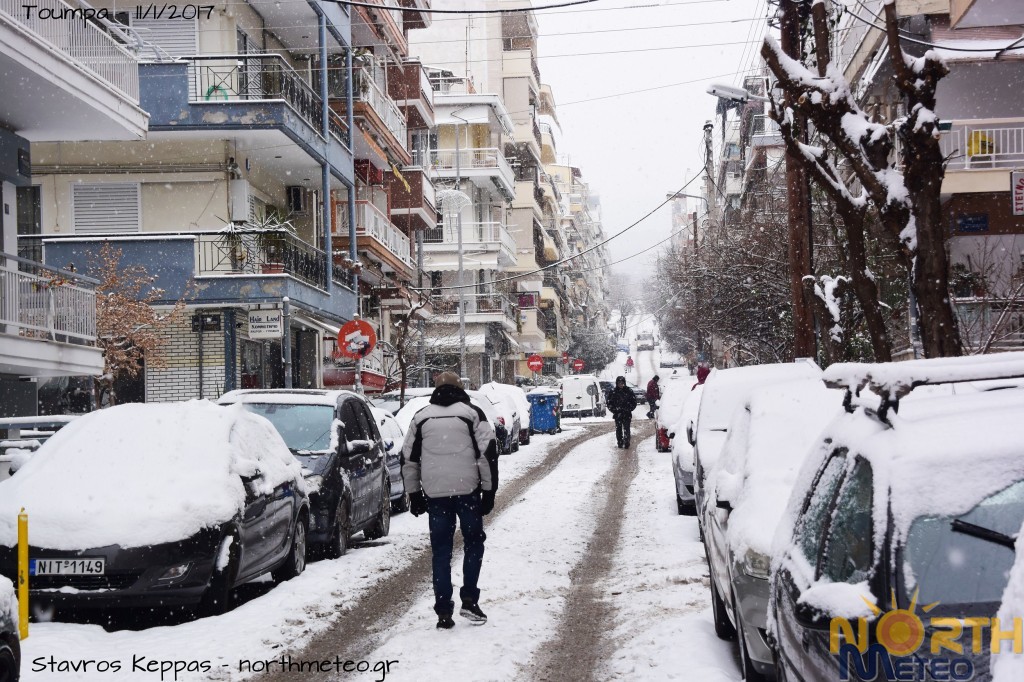 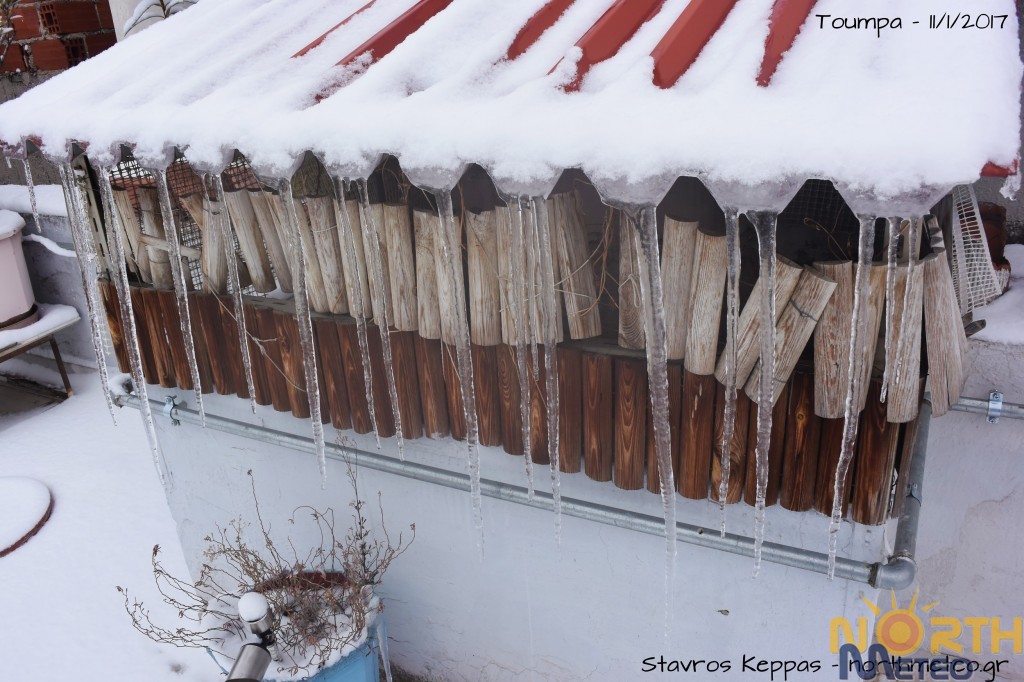 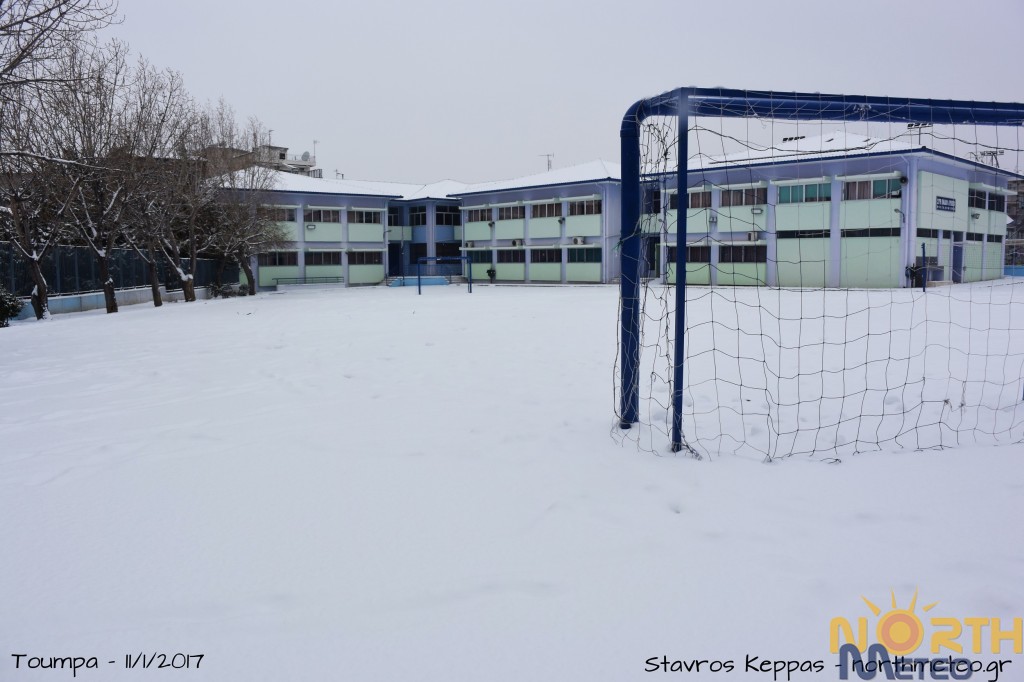 For republishing the material of the present article please refer to www.northmeteo.gr. Every republishing without a reference is assumed as illegal and sanctions may be applied.